When I was a boy, my mother always reminded me that I should never be late for dinner. You must be home at 5 exactly, she said.

I knew that she was serious but didn’t realize how it generalized. My friend Neil and his wife were visiting LA back in the 90’s. My mother said that dinner will be served at 5. Neil said that they could not make it until 5:45. Five, my mother said. When Neil and Joyce arrived at my parents’ home at 5:45, dinner was over and plates were being cleared. I often wondered where this obsession with time came from.

For the past 7 days living in Japanese inns, I get it. Breakfast is at 6 AM, not 6:02. At one ryokan, I came into the dining room at 6:02. Everyone was seated with their breakfast trays in front of them. I was told that breakfast was “around” 6. In Japan, as far as time, there are no “arounds.”

The same is true when you arrive at your accommodations (except for hotels). Dinner is no later than 6 and you better have had your bath beforehand. Lights out at the inn at nine except in your room.

These times are pretty functional if you want to complete 12-18 miles of walking in a day. One has to be on the road by 7, no later than 7:30, if you want to have your bath and be on time for dinner.

It had taken me several days to get into the rhythm. After experiencing how long it takes to walk 18 miles, I have become mindful of the time that I need to start in order to make bath and dinner time.

Today, I set out from my inn at 7:30. I had planned a 12 mile walk that turned into 18 miles. I am not sure whether my book of maps is inaccurate or I just can’t count.

The first image shows a small shrine about 2 miles from the start. Shortly thereafter I met up with Obata-San who was one the diners from the previous evening. We shared the moment when we first saw the Pacific Ocean. The stone sculpture gives one the impression of Kukai. 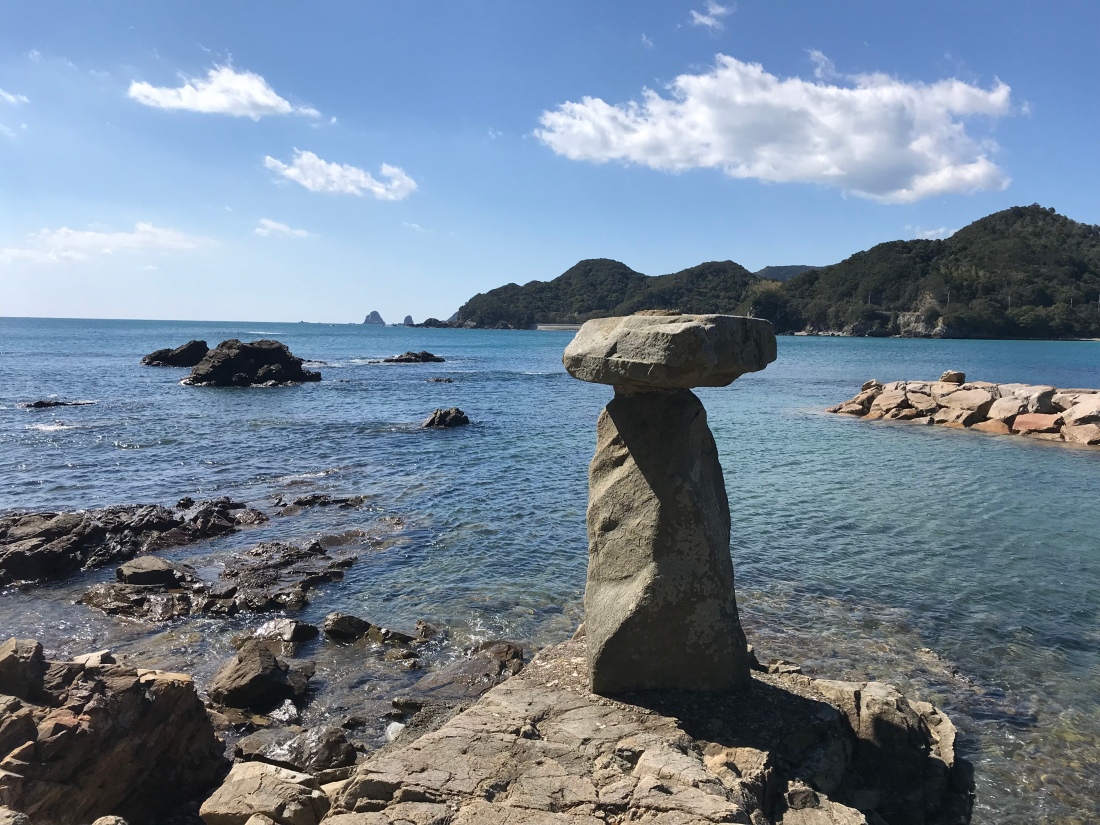 We also passed by a house drying shiitake mushrooms and radishes. No industrial equipment here – just drying along with one’s clothes. 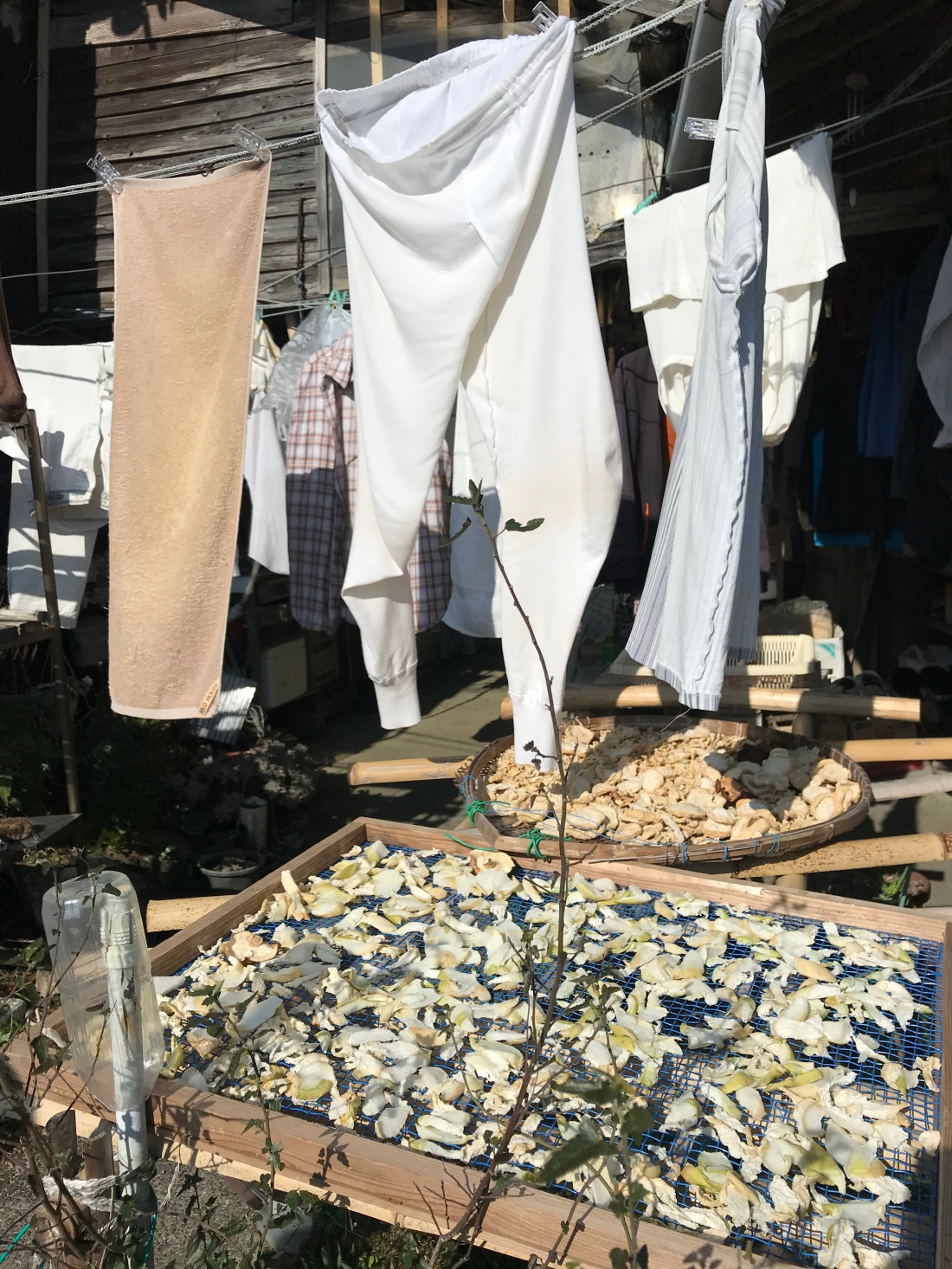 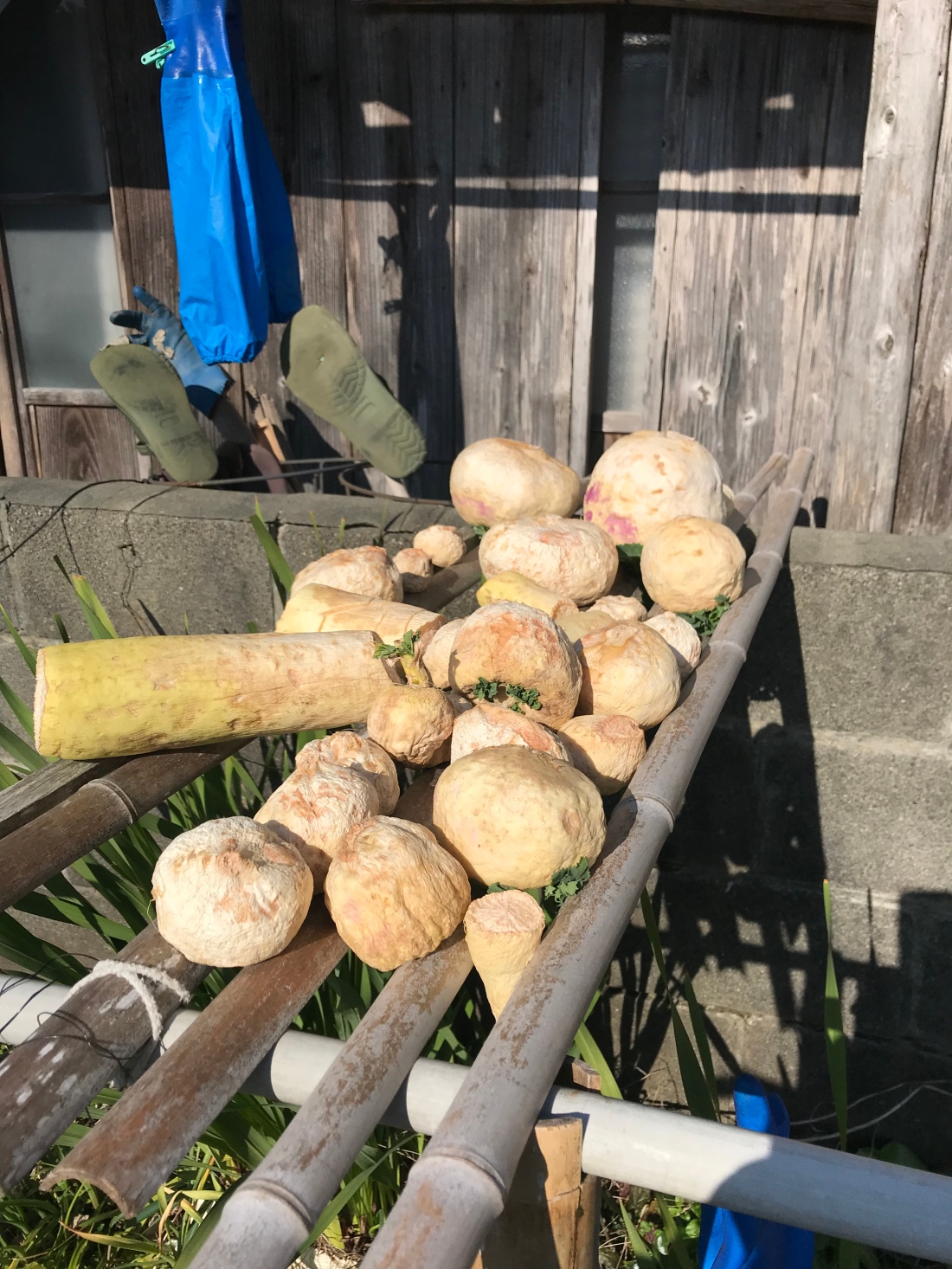 One of the tasks that pilgrims have to do is find places that sell lunches. 7-11 or Lawson (a competing convenience store chain) sell food items. Here is Obata-San asking where we can find food. No convenience stores on our path that day. I also included a photo of a lunch that I bought at 7-11 from a previous day. Sushi like my grandmother used to make. 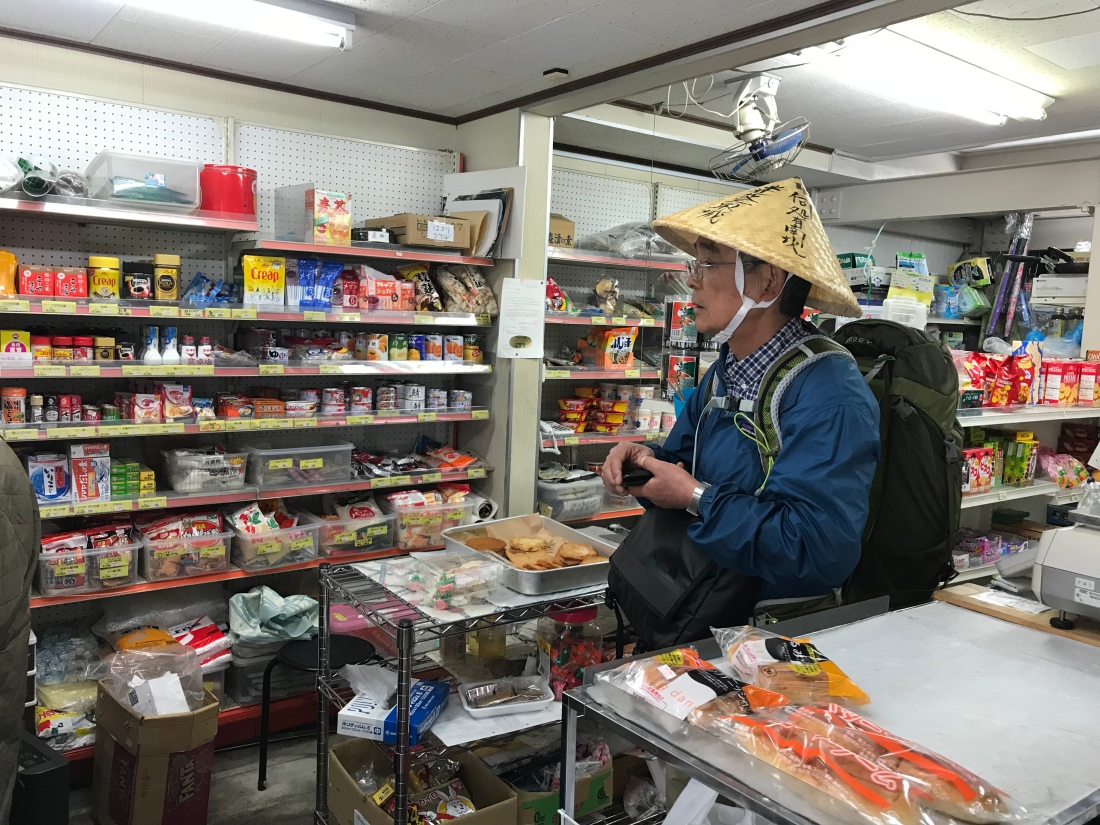 Around 4 PM, I made it to Temple 23 (Yakuoji) which is set into a hill surrounding Hiwasa Town. Obata-San went elsewhere. After performing the various rituals at the temple (I’ll write a blog on the process), I checked into the guest quarters. Sharon and I stayed at a temple at Mt Koya on our last visit to Japan. This one had its own large onsen (public bath) but it was down the hill in a separate building from the living quarters. But it was heaven to relax in its hot water. This temple did not serve meals.

Later, as I was ready to go to dinner with two other fellow travelers who were staying at the local “business hotel.” I stepped out of my room and there was Ayoyama-San. His picture appears the day before at the beginning of the climb to Temple 20. He asked if he could interview me. At the end of the evening, we talked for 30 minutes and agreed to walk together the next morning – 6 AM.

Such meetings occur regularly. To help one another, some people chose to partner up. Here is Monique from Switzerland who teamed up with Josef from France. They met one another for the first time at Temple 6. This pilgrimage is Monique’a second. A typhoon interrupted her first one. She has taken three years of Japanese language courses. Josef is on his first visit to Japan. We were having gyoza, ramen, and yakisoba because my temple lodging did not serve meals and they were in a business hotel. 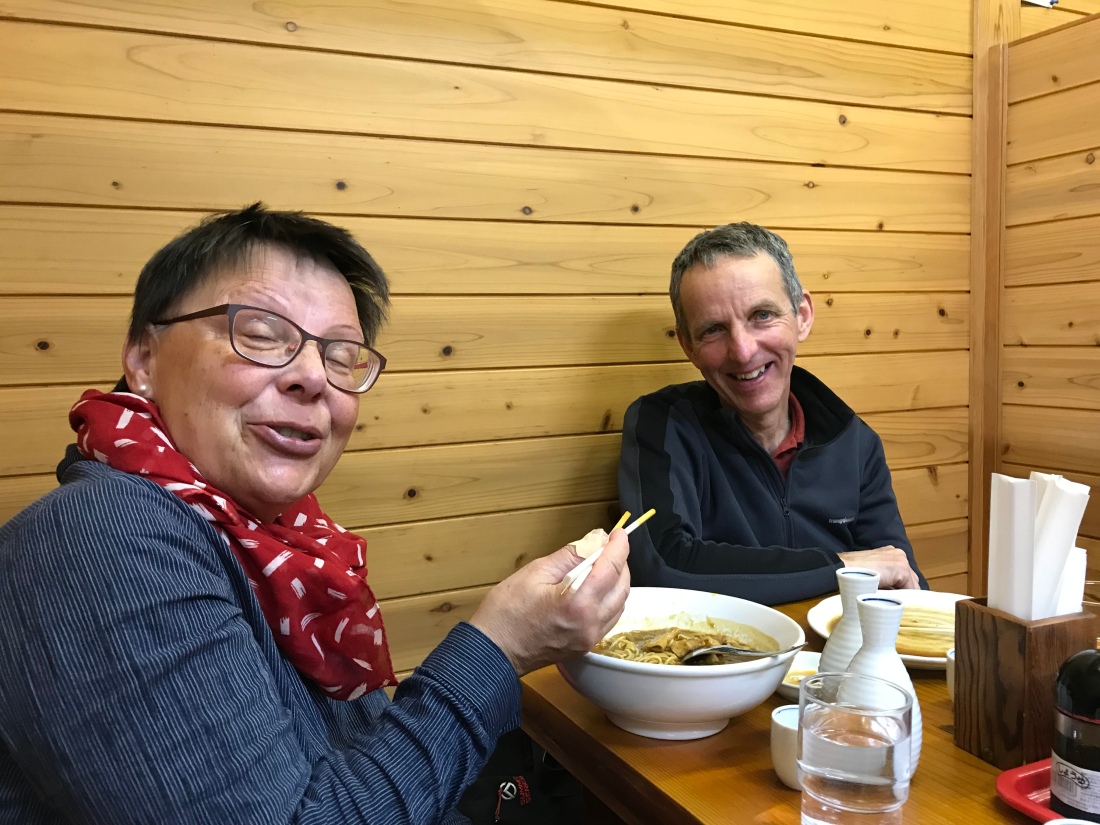 Back to the temple. Lights out at 9.