Last night as I slipped under my futon, I felt a very warm object similar to a rock by my feet. What was that? For the first time, I had hot water bottle warming up my bed.

Ayoyama-San had a water bottle in his bed. He said that putting that water bottle under the futon was an act of yutanpo, hospitality towards a guest beyond the usual.

Japanese homes then and many now do not have central air. Space heaters are the favored method of heating. Although better than nothing, space heaters may not adequately do the job. Hence, the water bottle.

The home that we stayed in was a traditional Japanese home built 85 to 90 years ago. Think of the sets for samurai movies and you will get a sense of such a home. It was a privilege to have stayed in one. Here are some photos of the home. 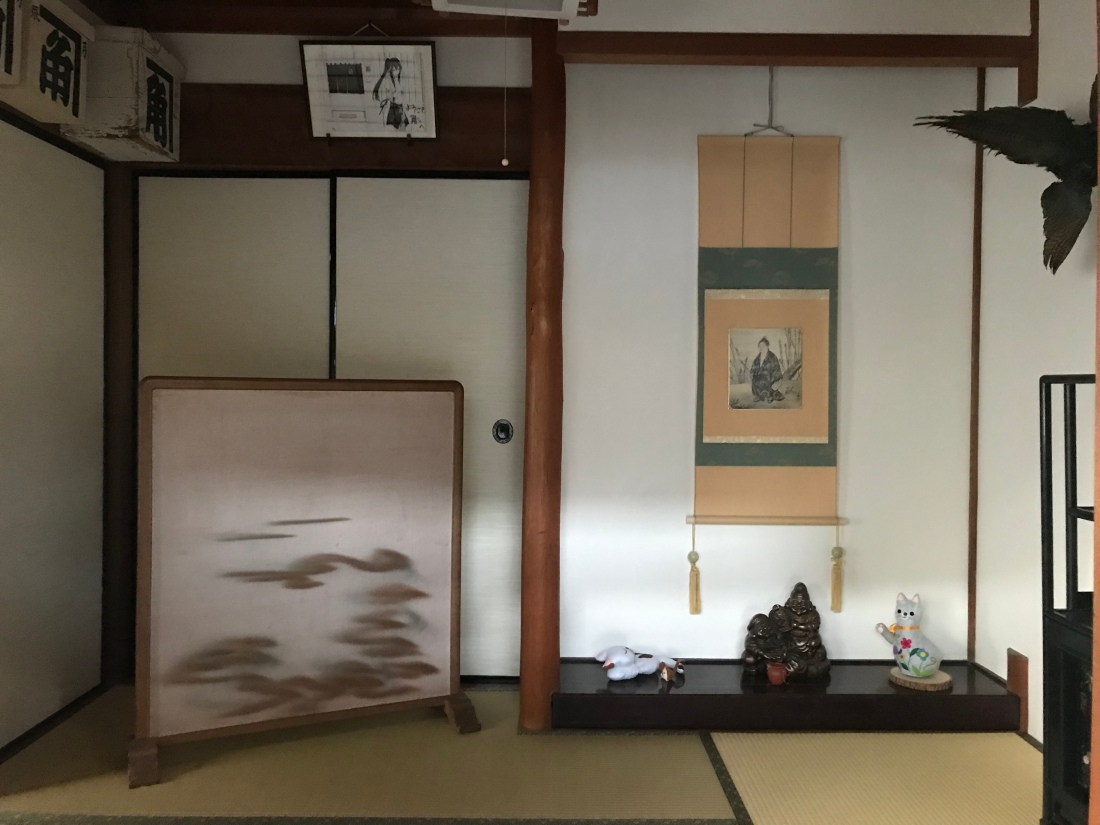 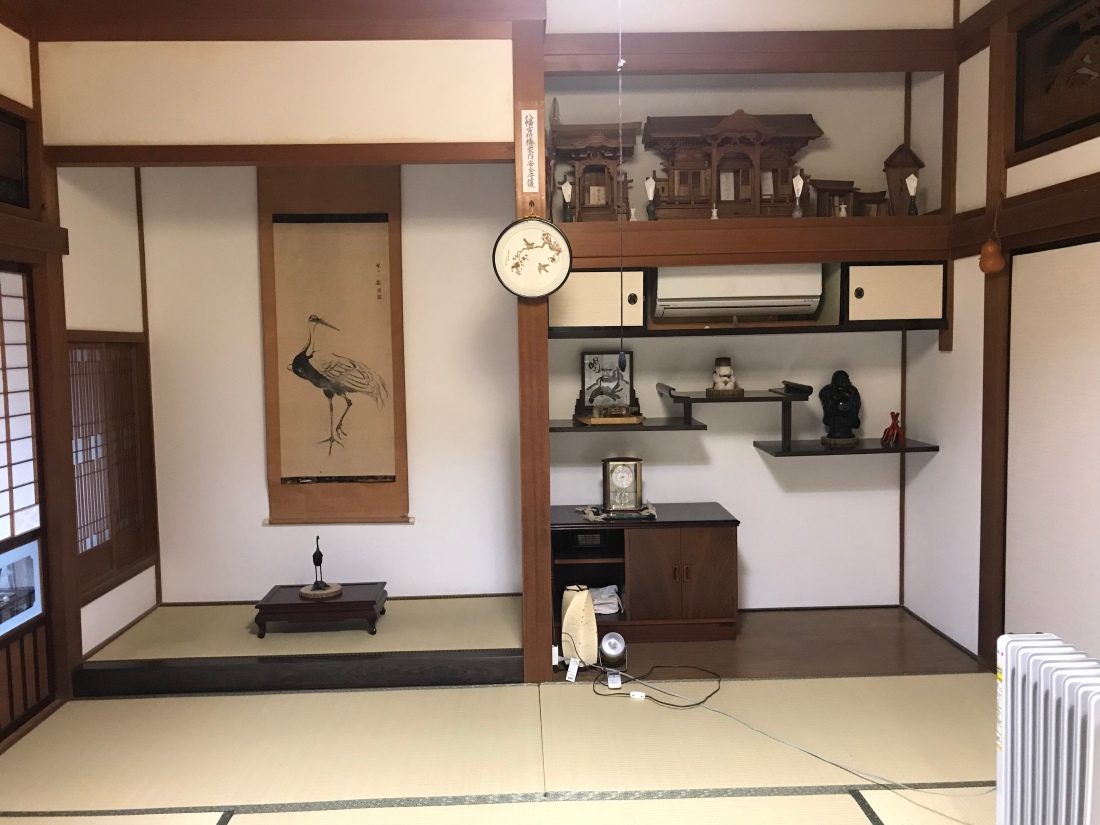 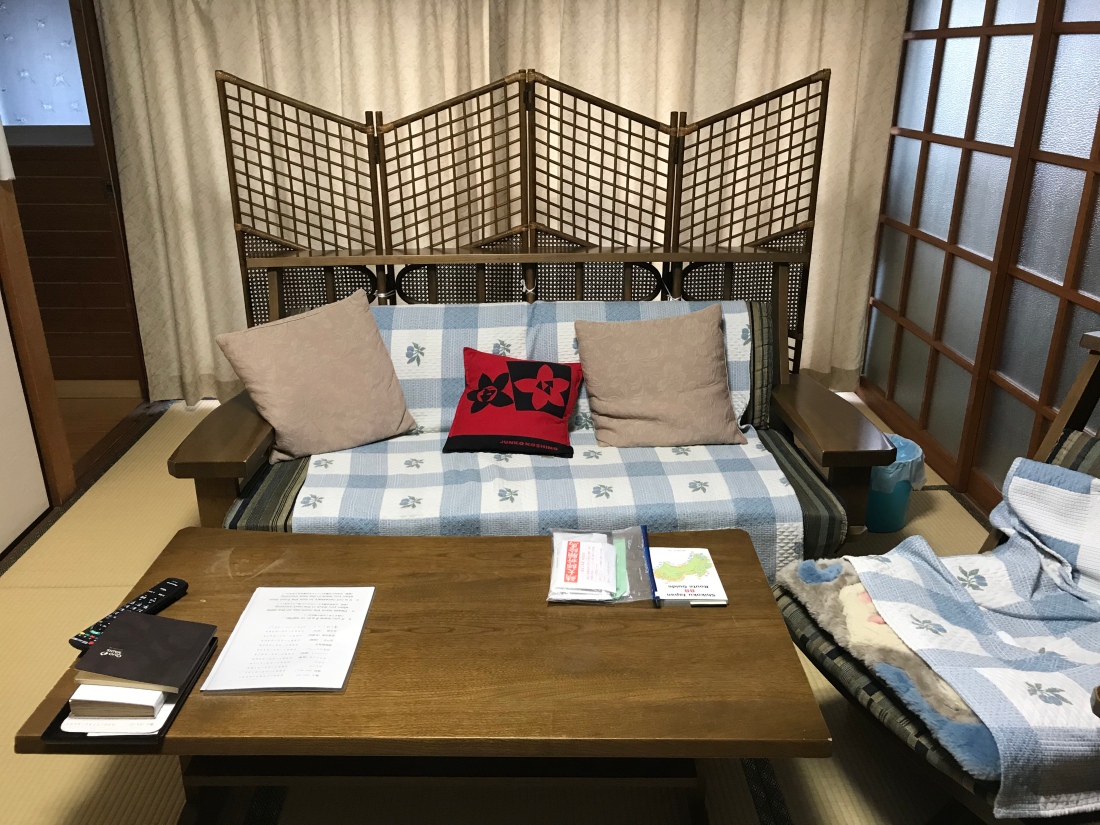 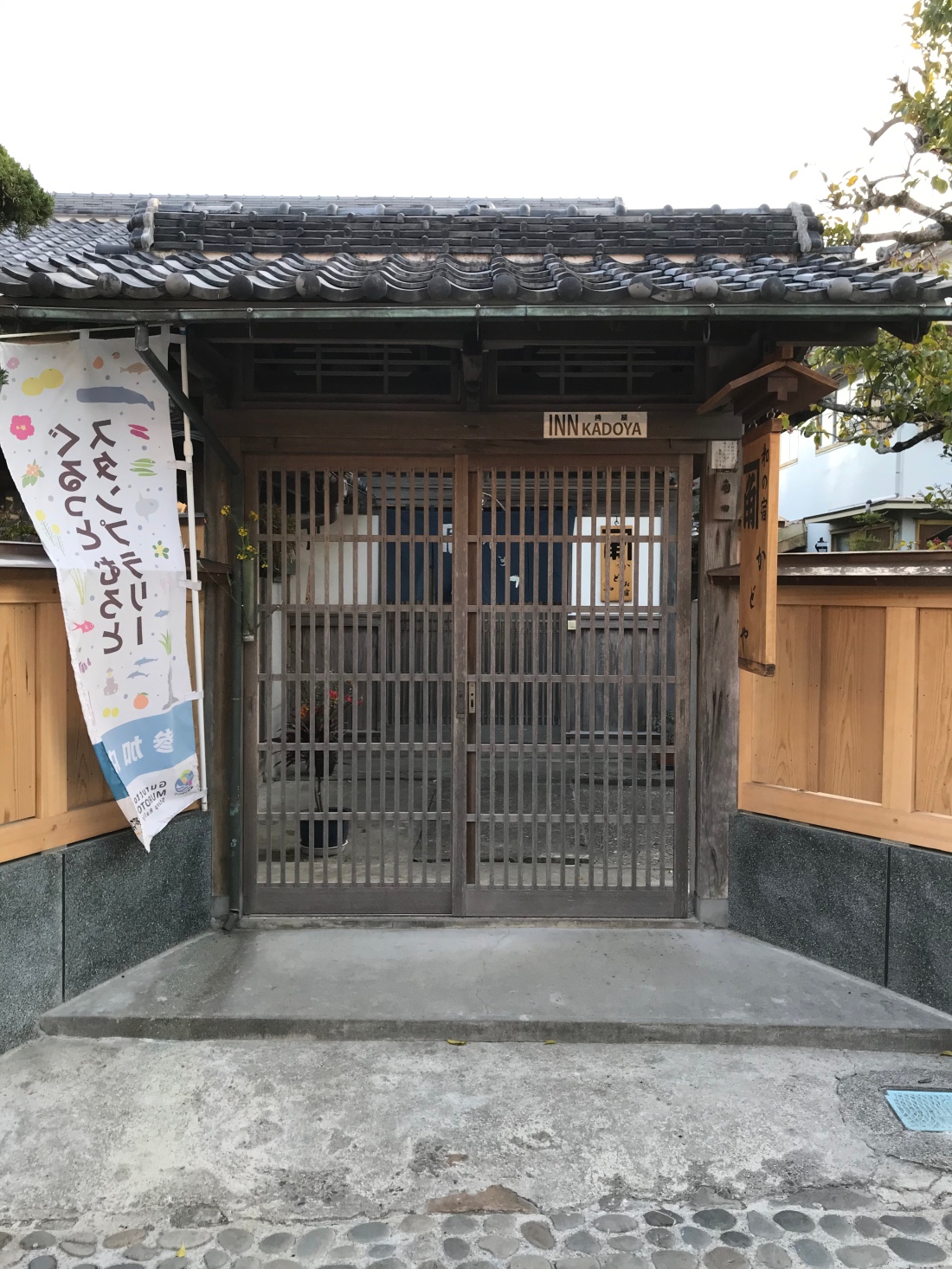 It was time to go and begin what became an 18 miler. We passed by a gas station where a farmer had just filled up his tank. 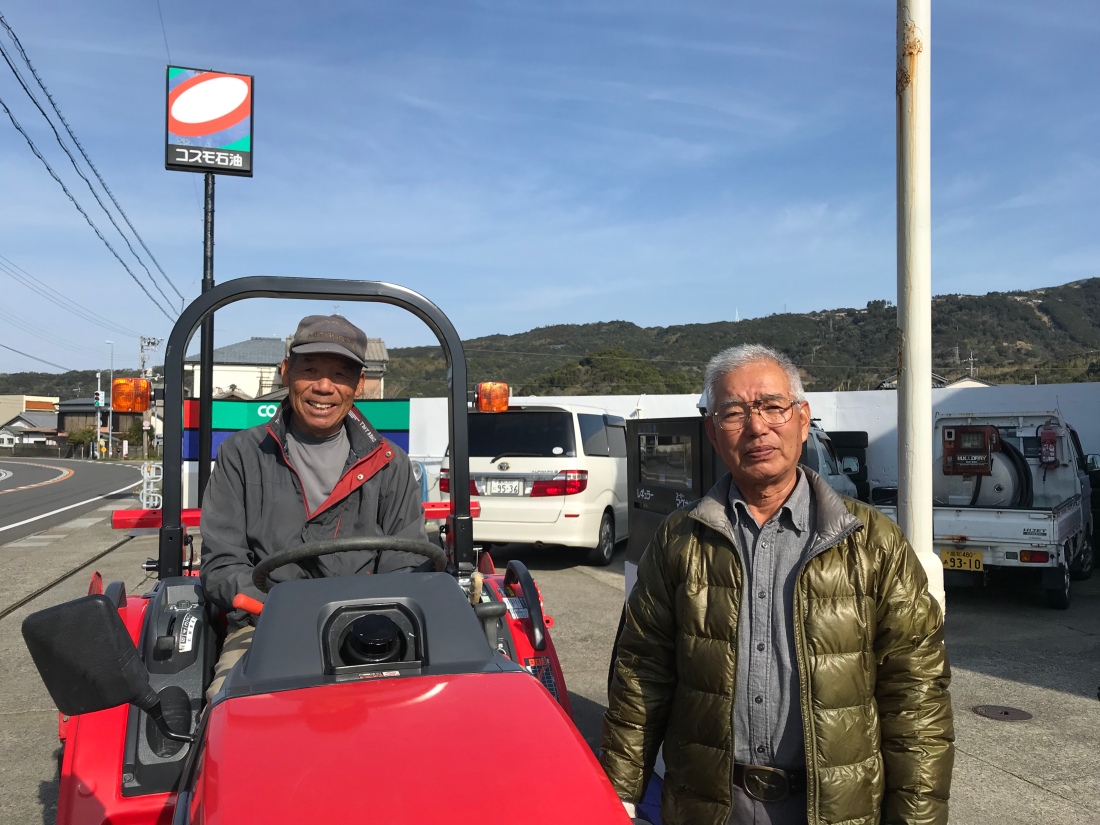 We passed a Shinto shrine where locals pray at for a good fishing season and for the fishermen’s safety. BTW – shrines abound everywhere in Japan. 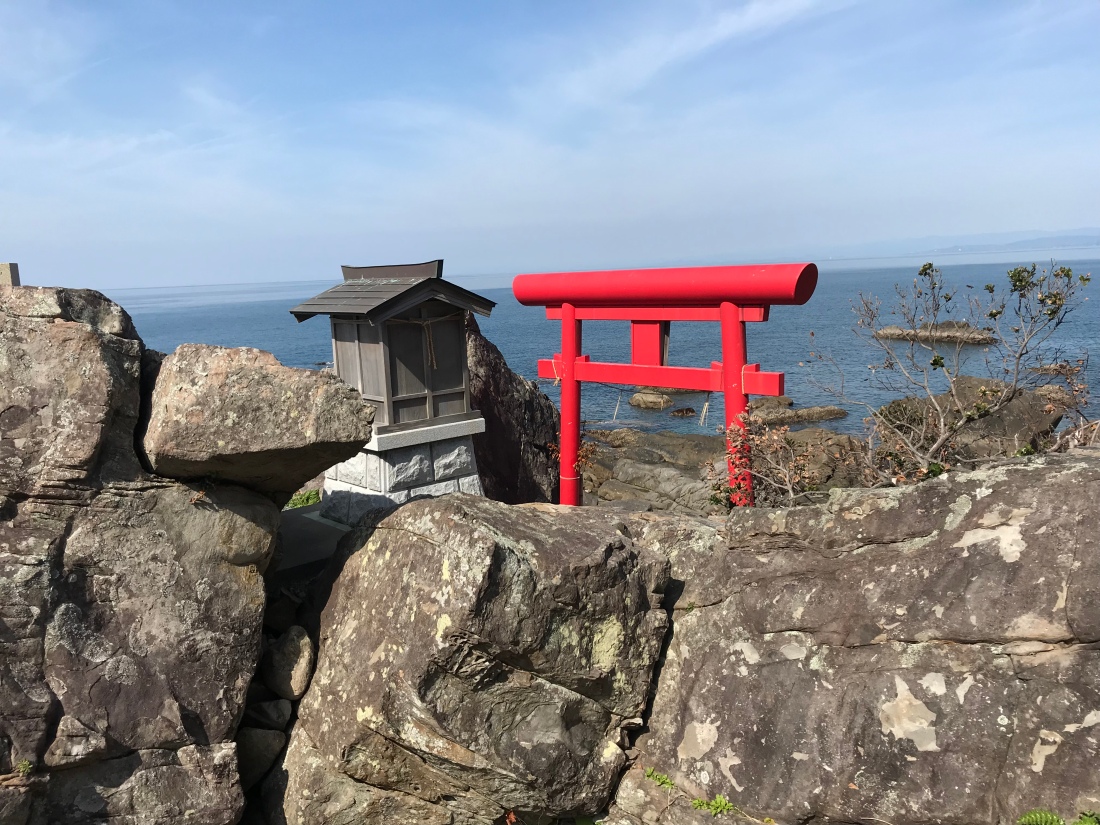 After 12 miles, we completed a 6 mile hike up 1500 feet to Konomineji Temple 27. When we arrived at the sanmon (mountain gate), we found that we still had over 100 steps to go before reaching the hondo. We made it to the top, said prayers, and had our books signed. This temple was certainly one of the most beautifully set that we have seen. 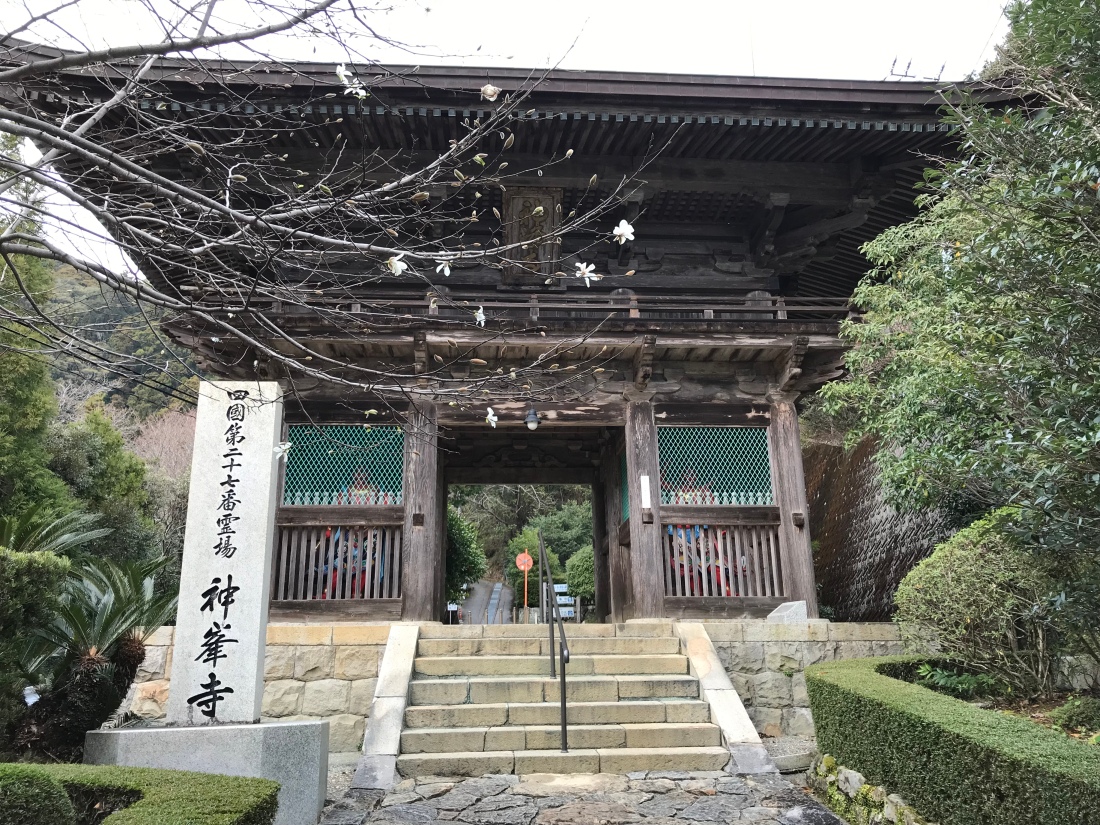 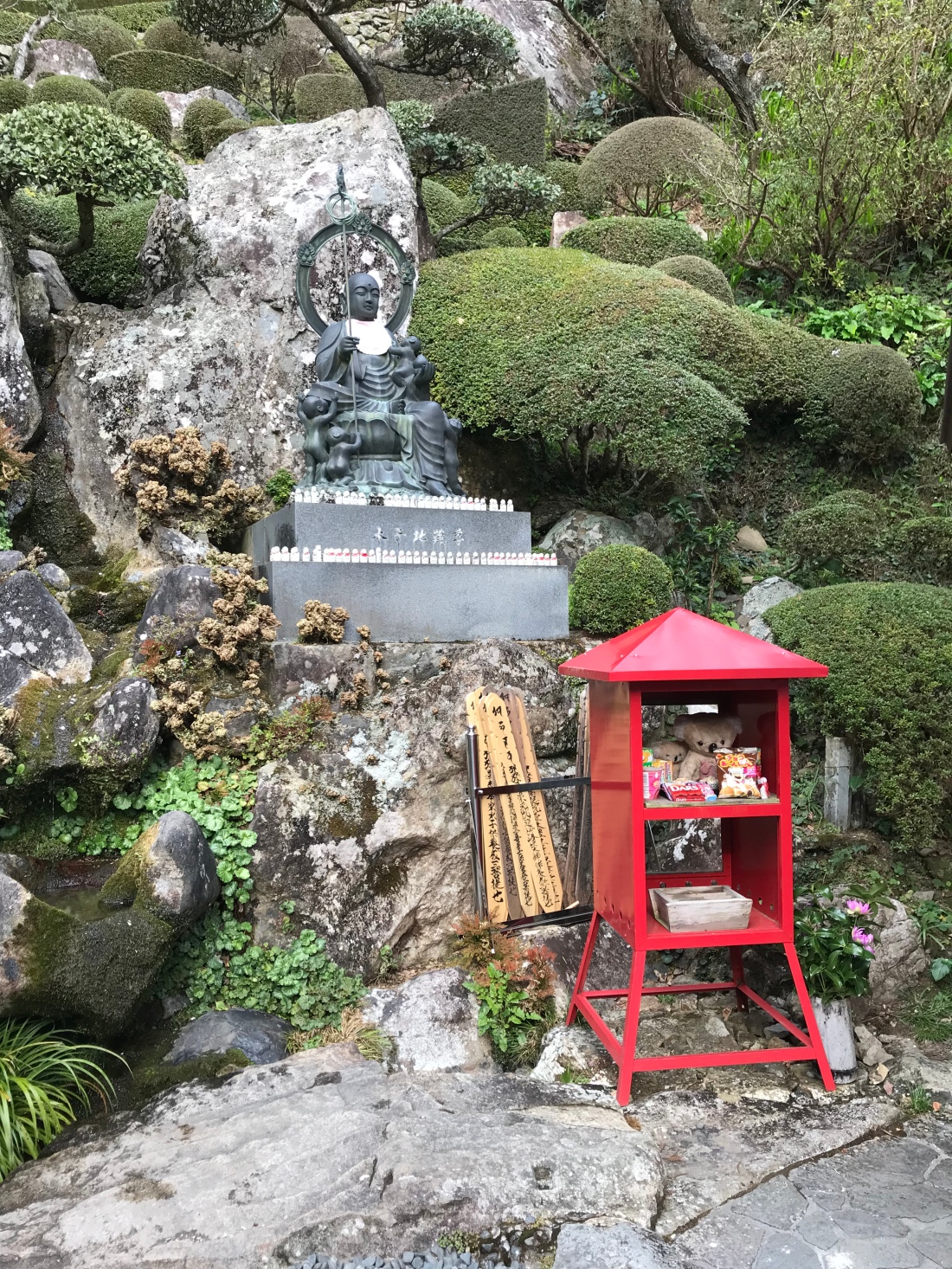 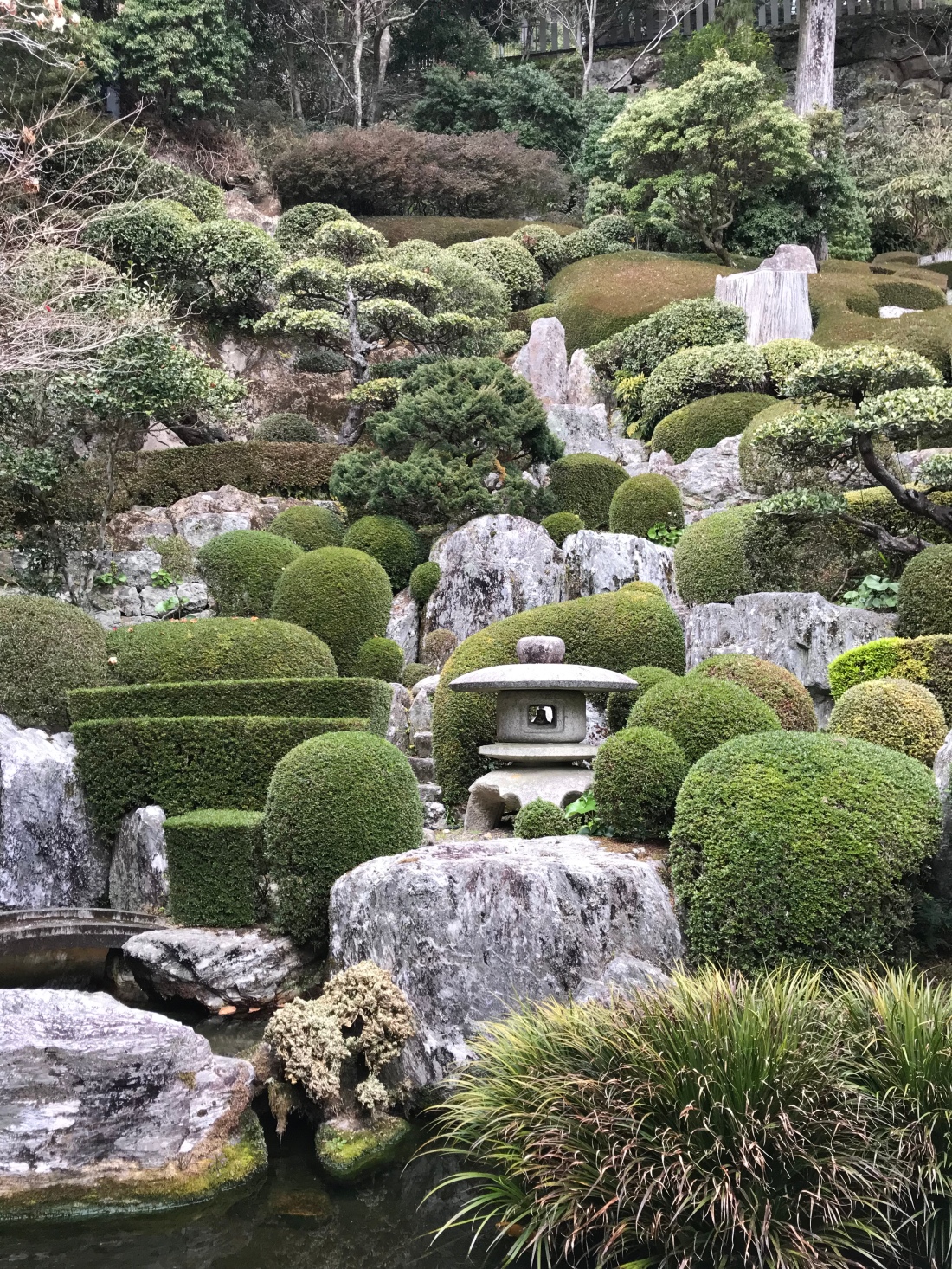 Back to the inn for dinner and o-furo. Tomorrow’s another day with rain in the forecast. A 15 miler ahead.