As the minshuku guests were departing, Aoyama-san pointed that two of them were father and son. The father was doing what his father did with him, showing him the way of the ohenro. What a wonderful gift.

On to Awa Station for the quick train ride to Tosa-Kure and the start of the Osaka Henro Trail. As we got to the station, we heard familiar voices. We ran into Monique and Joseph and their new traveling companion, Kathy from Washington State. Kathy is 74 and the second American whom I encountered on ohenro. She is a Camino veteran having walked several parts of the Camino including the start from Le Puy and over the Pyrenees. She, Monique, and Joseph agreed that that the Shikoku pilgrimage was more strenuous by leaps over the Camino. The mountain climbs on the ohenro path made the difference. Getting ahead a bit, we are at dinner in the evening. Joseph was taking the photo.

The Osaka Henro path slowly takes one up through a valley where shoga (ginger) is grown. We met several farmers, and went under the Kochi Expressway bridge. With 1 km to the end, we levitated about 900 feet to continue our walk to Shimanto Town and Temple 37. I called this last segment of the Osaka Henro, the Stairway to Enlightenment. The final photo is an image looking back down the valley. Can you see the bridge that we walked under an hour before? 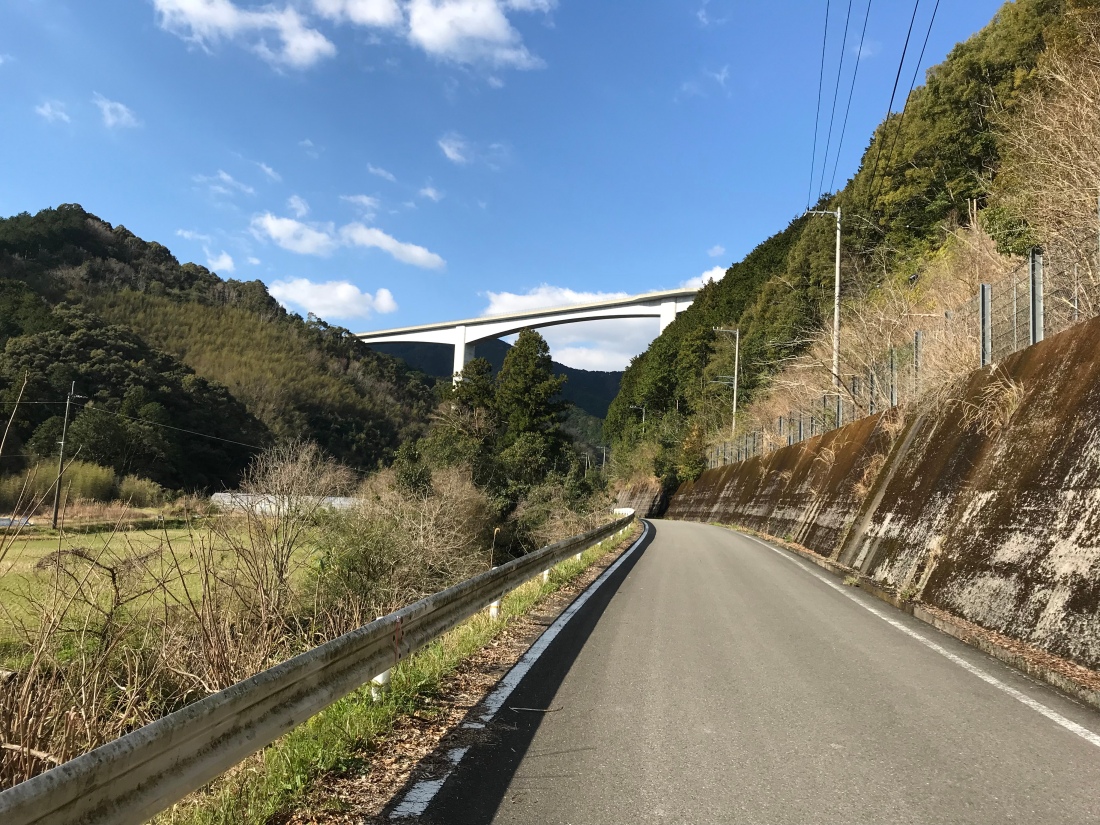 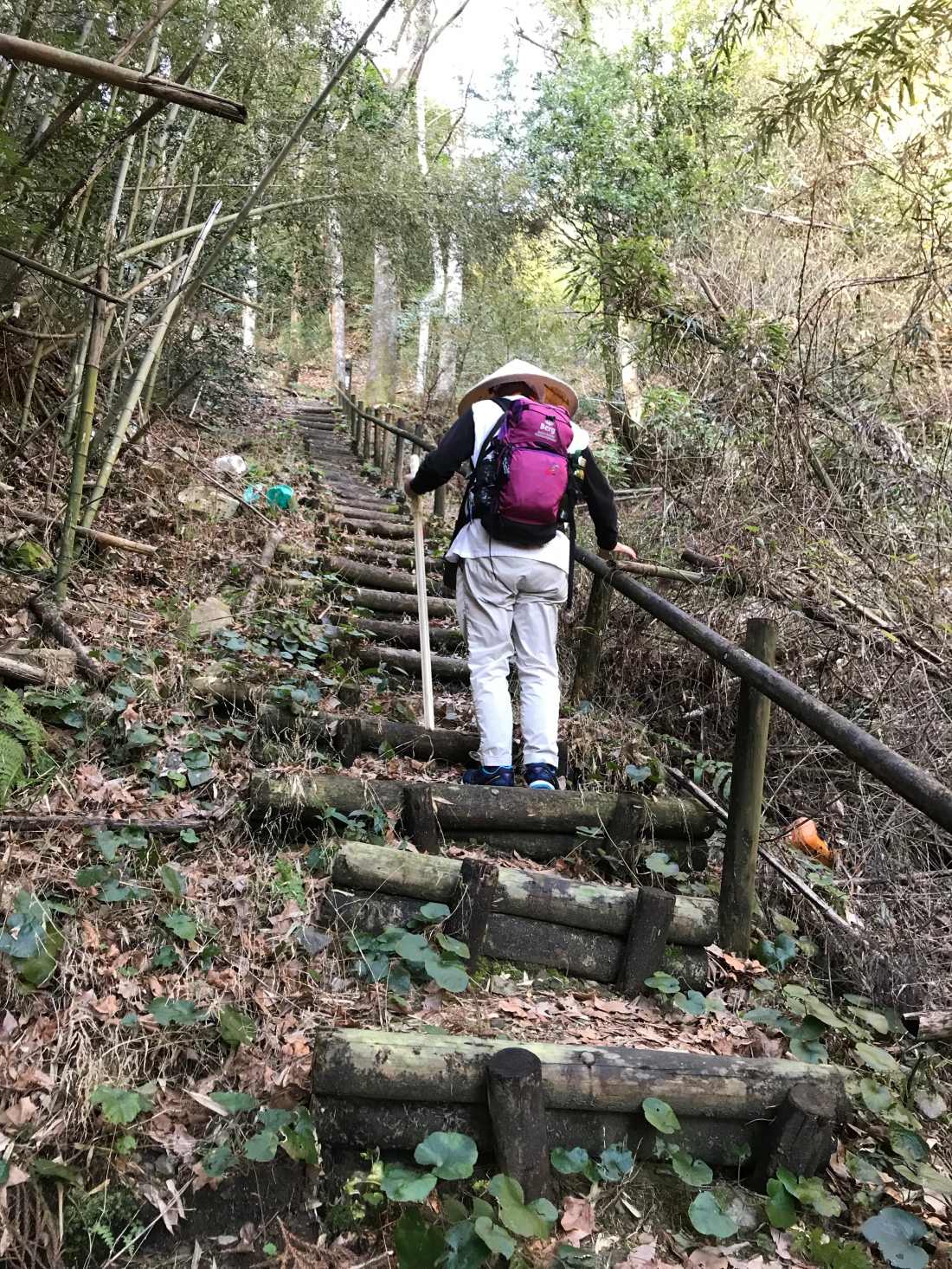 Shortly after our climb, Aoyama-san and I split up. He stayed in a village to catch the train to Shimanto Town while I continued walking. We both had serendipitous encounters.

Aoyama-san reported that when asking someone where to find lunch, he was invited into that person’s home for lunch. His host was a former school principal like him. Godiva chocolates ended lunch.

While walking to Shimanto Town, a sign offering hospitality to ohenro beckoned me in. A couple opens their patio and garden to ohenro and offers them coffee, tea, cold water, a Japanese cookie, and two Hershey Kisses. Thank you very much. She is 69 and he is 77. They enjoy meeting ohenro throughout the year and throughout the world.

I finally reached Temple 37, Iwamotoji. The hondo is famous for the 575 painted pictures on its ceiling. Recognize anyone? Hint: one looks like our girl cat, Rhubie, looking forwards the Buddha. Tomorrow the morning service will be at 6 AM. I’ll be there.