My plan was to visit Temple 59, Kokubunji, and then take an easy walk to the Temple 60 area. There are three other temples nearby, 61, 62, and 63. The guidebook suggests seeing Temples 61 and 62 on one day and then spending the next day doing the round trip to Temple 60. Good idea except rain was predicted for the next day.

I made a command decision to speed up my walk in order to get to my ryokan at about noon. I would then have 5 hours to get to the temple before the 5 PM closing and be back for 6 PM dinner at the ryokan. Reasonable to me. On the way, I stopped for a quick lunch to tank up on food for the climb.

To no avail. I arrived at the ryokan at 1 PM. These places are sometimes hard to find even with the guidebook. Unlike home, there are no billboards on the main roads with arrows or text pointing one in the right direction. Luckily, I can read hiragana so I can find most buildings when I see its sign. But the trick is to get into the right neighborhood. It becomes a game of successive approximations. You keep asking until someone knows where the minshuku or ryokan is located. I asked six people before success although everyone was trying to help and be attentive to this stranger.

When I got to the ryokan, I asked to put my backpack down. I explained that I was going to Temple 60, Yokomineji. “Muri, muri,” she said vigorously moving her head back and forth. From my Japanese lessons, Muri means impossible, are you out of your mind! She said that it would take at least six and a half hours for the trip. I would surely be late for dinner and I would be walking in the dark.

Dejected for having hurried there and with a belly full of food, I ended up visiting Temples 61, 62 and 63 in order to enjoy them in dry weather.

Muri was confirmed later at dinner. One ohenro whom I met a few days before said that it took about seven hours up and down under good conditions. Am I going to do it in the rain tomorrow? Another muri moment. We’ll see in the next blog what happens.

Temple 61, Koonji, is a very interesting place. It is the only temple that is “modern” in design. It is a very large concrete structure. The hondo is located inside the building. The temple alter is the largest that I have seen on this journey. The seats are like those in a movie theater. This hondo can seat hundreds unlike the more traditional ones which are smaller and often with no seats. 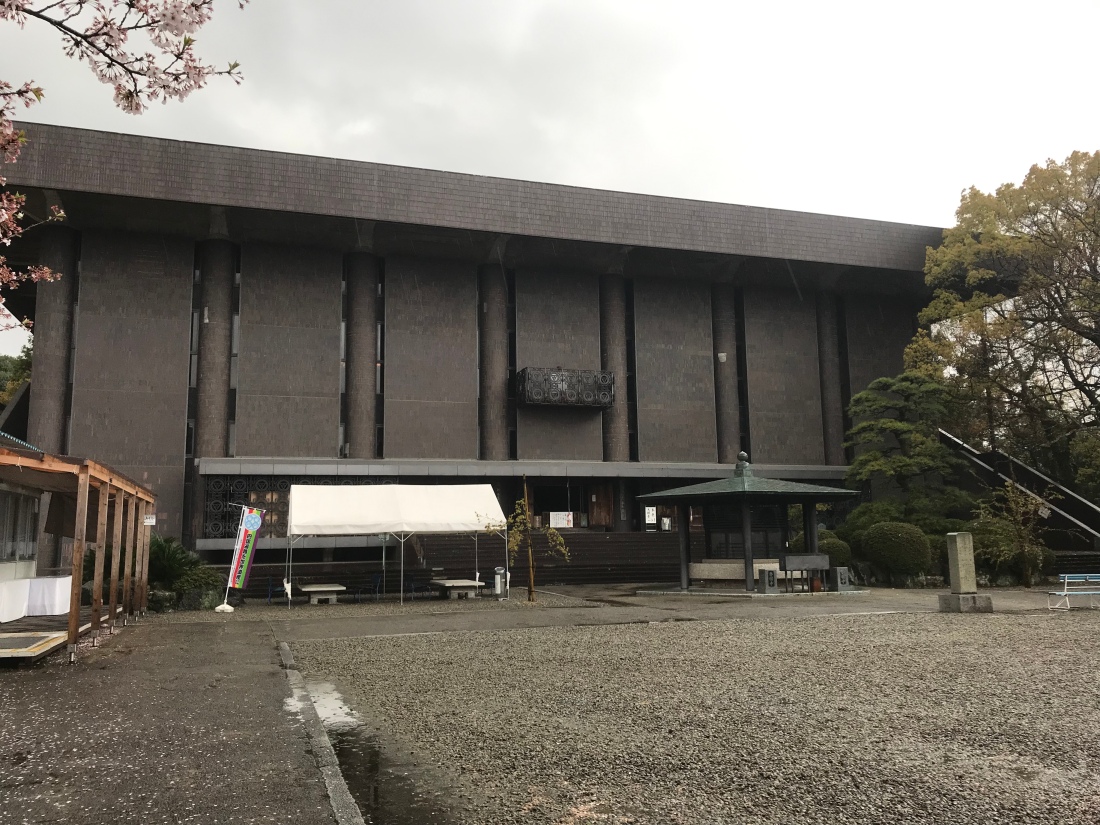 As I left Koonji, a sign stated that one can have his/her signature book stamped at a location about 200 meters down the block. According to the guidebook, Temple 62, Hojuji, does not belong to the Shikoku Pilgrimage Temple Association although it is one of the 88. Earlier in the pilgrimage, Ayoyama-san said that there was some unspecified wrongdoings at Temple 62. Thus, the temple was not recognized.

I had my book signed at the kiosk near Temple 61 but later went to Temple 62. The temple had no visitors while I was there. It looked quite bare in comparison to the other temples. When I went to the temple office, the priest asked if I wanted the temple’s signature. I said yes and now have two versions of “official” stamps and signatures for Temple 62. The priest at Temple 62 said that the head priest at Temple 61 unfairly started rumors about Temple 62 in order to get more business. Who knows what the true story is. What I do know that the priest from Temple 62?treated me very nicely and gave me small gift when I left. Here is a photo of Kukai from the Hojuji’s Daishi Hall.

I reached Temple 63, Kichijoji, after a mile walk down a very busy highway. While getting my book signed, a fellow with a tour company for bussed pilgrims was standing to the side wearing his white vest, hakui, with his back turned to me. I could not resist asking him if I could take his picture showing what was written on the hakui. So now, you have seen the modern version of the hakui.

The writing actually spoke to me because most often the walking ohenro are by themselves. I estimate that about 90+% walk alone. I can speak for myself. I often feel that I do have the road to myself looking about, humming a song, or thinking about “life.” All kidding aside, I am with Kukai.