Almost immediately, we met up with an ohenro who has walked in the pilgrimage route continually for more years than he can remember. That’s 365 days a year for many years. He lives in a tent and depends upon the charity of his family and local people to maintain this lifestyle. We have not encountered anyone so extreme. Several people have told us that they have completed many circuits over years but never continually. Given that temperatures neared freezing last night, this guy is a pretty hearty soul. 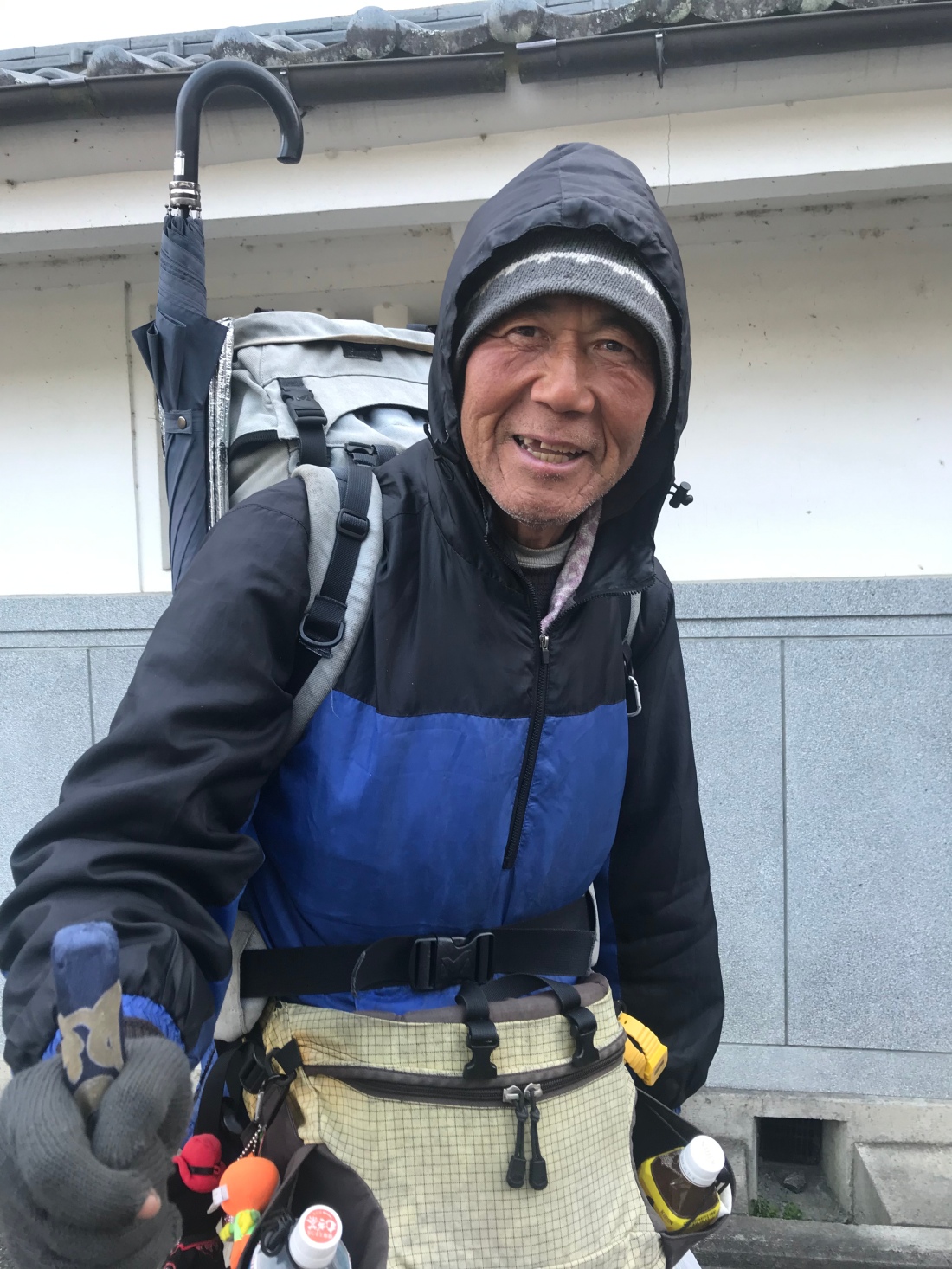 Our minshuku was located on the south side of the mountain range. The Hiwada Pass is on the north side. We had to cross over a mountain. We did even though two warnings were given. The first was in our guidebook — “easy to get lost” in this section of the trail. The other was a sign next to the path that said, “Don’t take this path in the event of snow.”

We took the path. It was steep with many twists and turns. But it was well signed. The route was strenuous in many places as you can see from the photo. We saw many beautiful rural scenes like the ones below. We saw mushrooms growing, and the odd boat abandoned at 2000 feet and miles from the ocean. 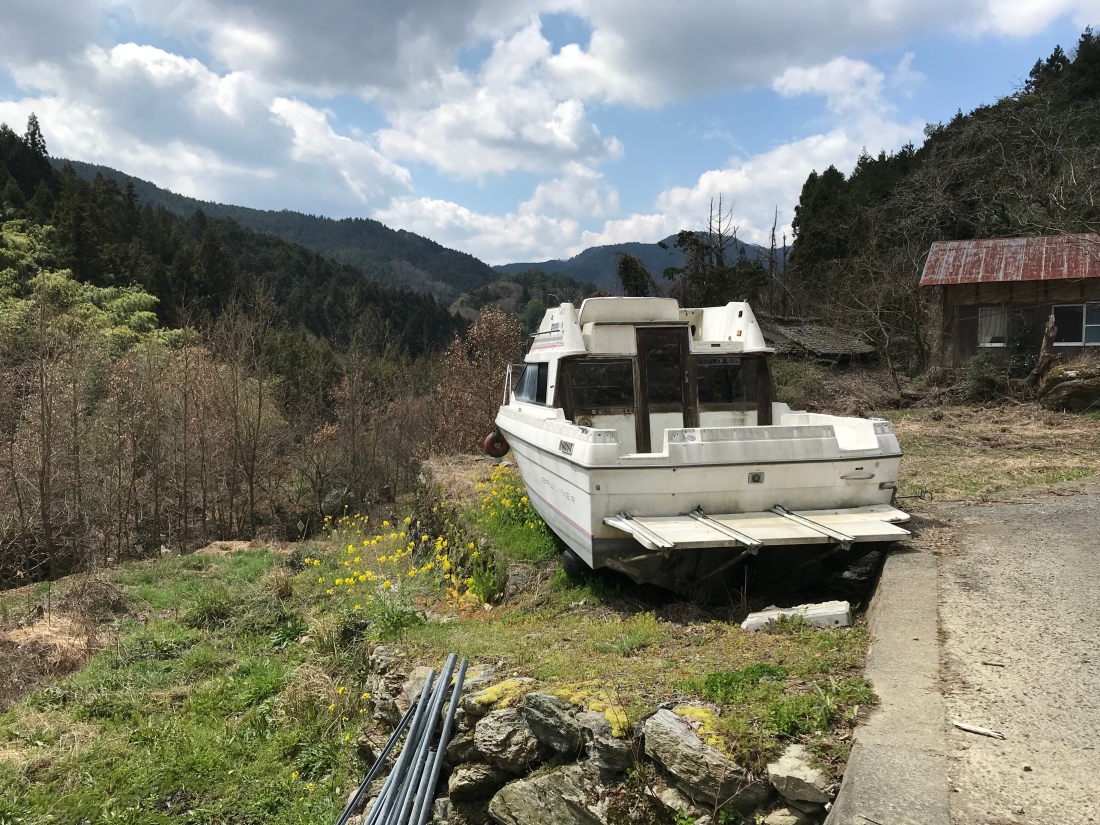 The path over the mountain range is worth the risk only if one pays attention to the signs and treads carefully. This section is difficult but not necessarily dangerous unless one makes it so.

We were now in a valley when we saw the sign saying the Hiwada Pass trail begins here. We started up the pass at 2 PM.

We made it through the pass at 3:30. Here is the sign marking the Hiwada Pass. Note the patches of snow on the ground. It was cold up there.

We had been walking for eight and a half hours. The trip down was quick. We longed for some lunch and then the minshuku where an ofuro and dinner awaited.