Eighteen miles round trip today in order to reach Temple 45, Iwayaji – the third of the six nansho (difficult to reach) temples – and return to our minshuku. These temples are generally located over 800 meters in elevation with one or more significant climbs.

We started at 7:15 AM and went to Temple 44, Daihoji about a mile away from our minshuku. The lighting was perfect for the image leading up to the main gate. At the main gate’s entrance are a pair of zori, slippers made from straw. Pairs are made every one hundred and are hung from the ceiling. This temple’s atmosphere was sublime at this time in the morning. I also included the statue of a woman figure – note the busts that protrude from her head. 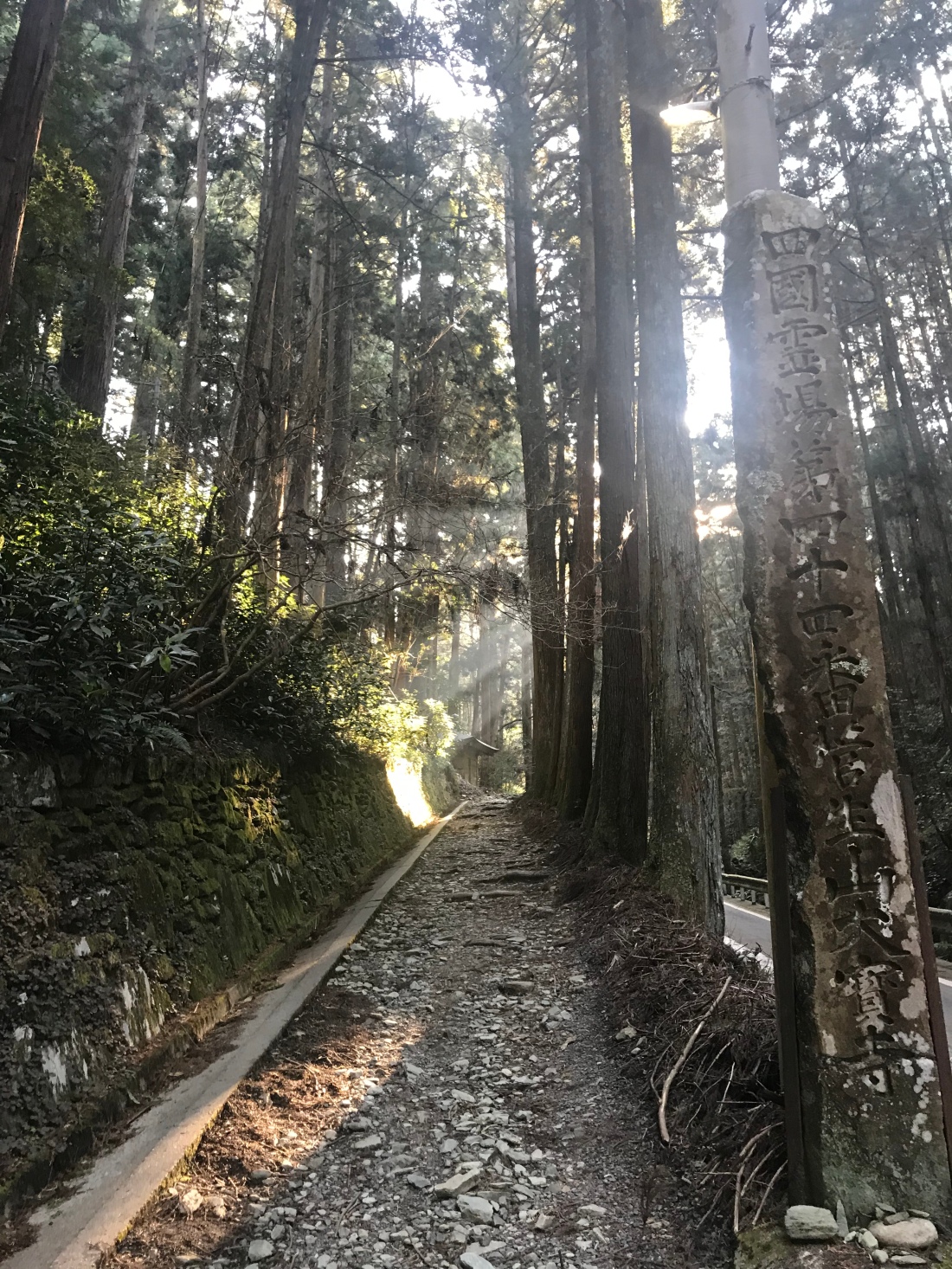 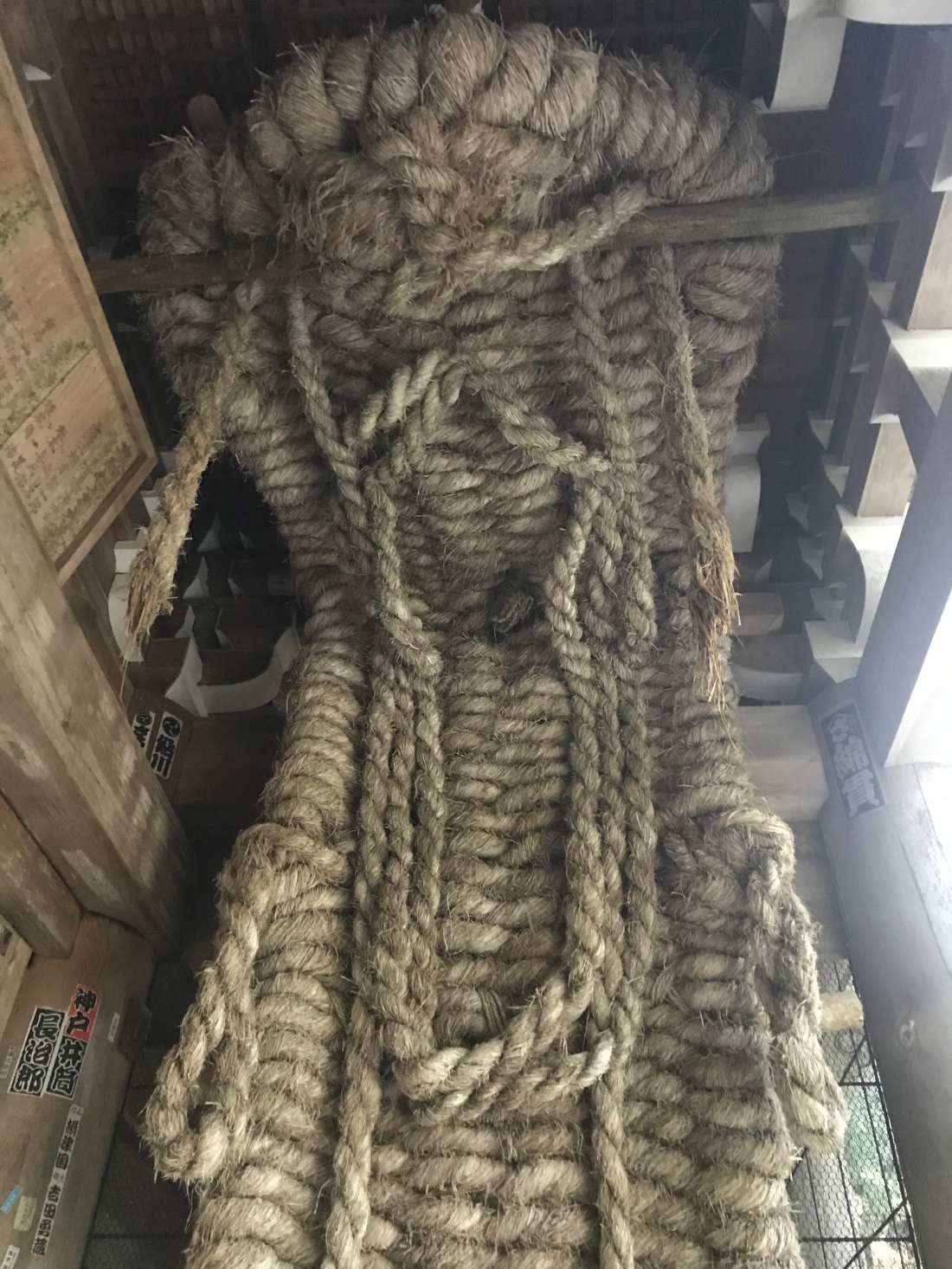 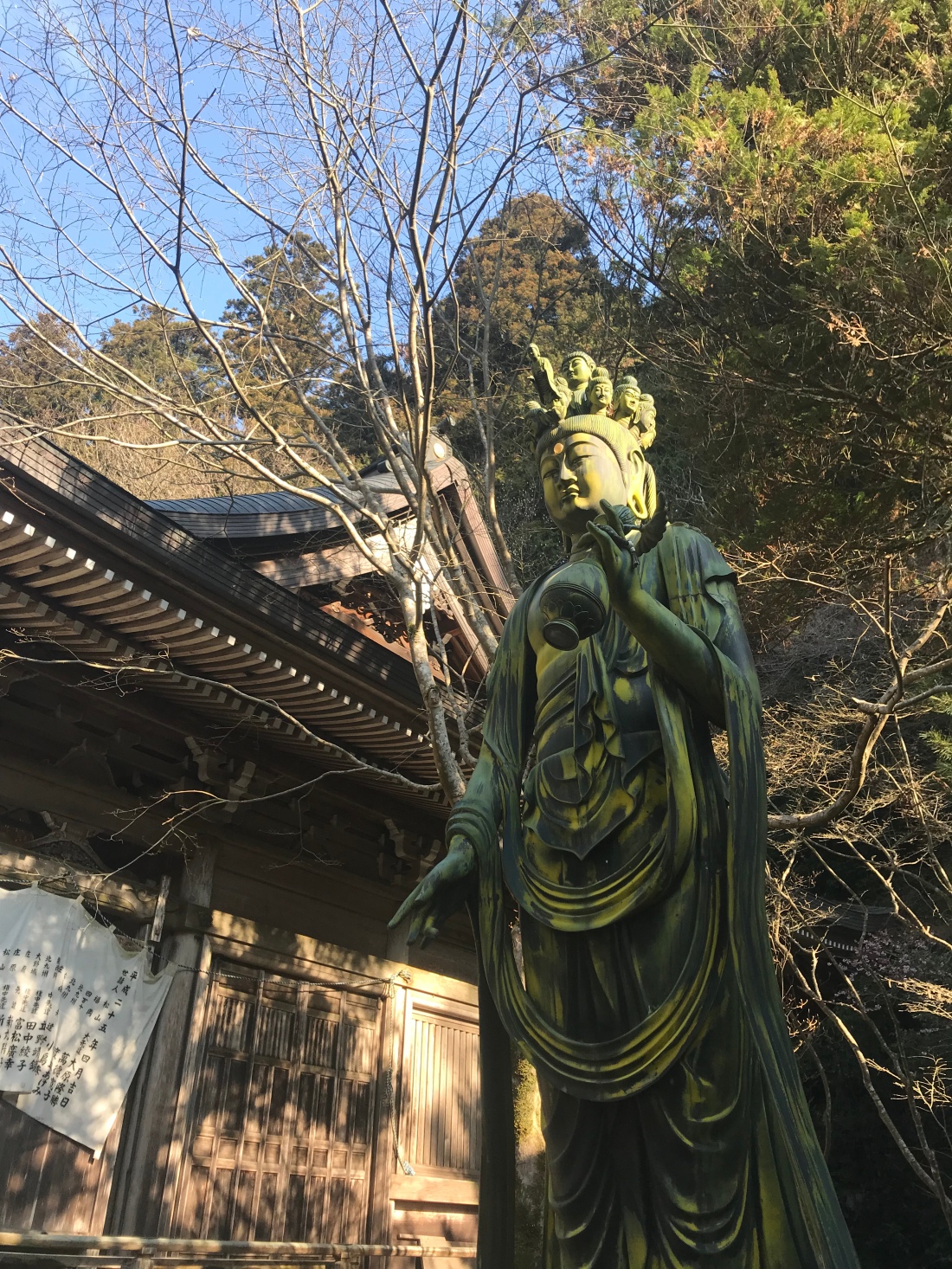 Leaving the temple, we began our trek to Temple 45. We went through the Tonomido Pass at 2200 feet down into a valley with a paved road that took us to Temple 45. We should have expected the stairs, meaning several staircases, to the main temple. We went by several arrays of statuary such as one dedicated to Kukai. How about the monument with the Kirin beer can as a offering to help the ancestor? I would have liked to have known this fellow. He must have enjoyed many a hanakin with his buds. 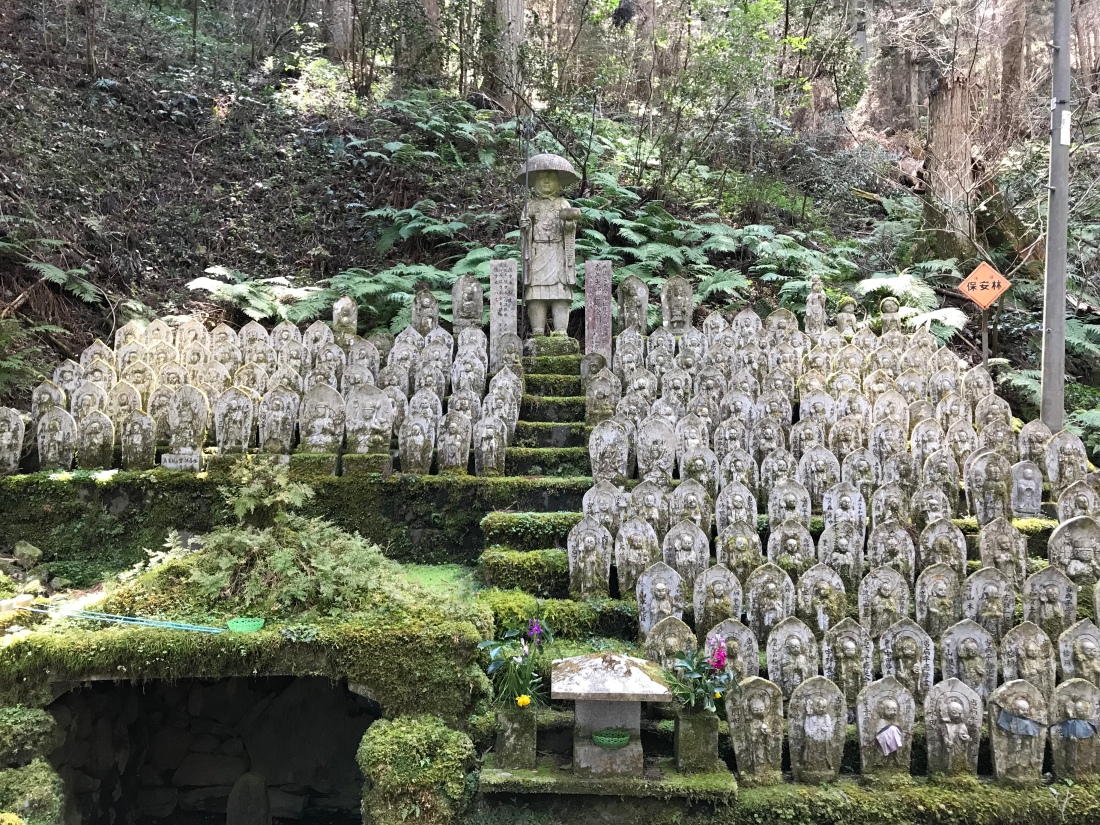 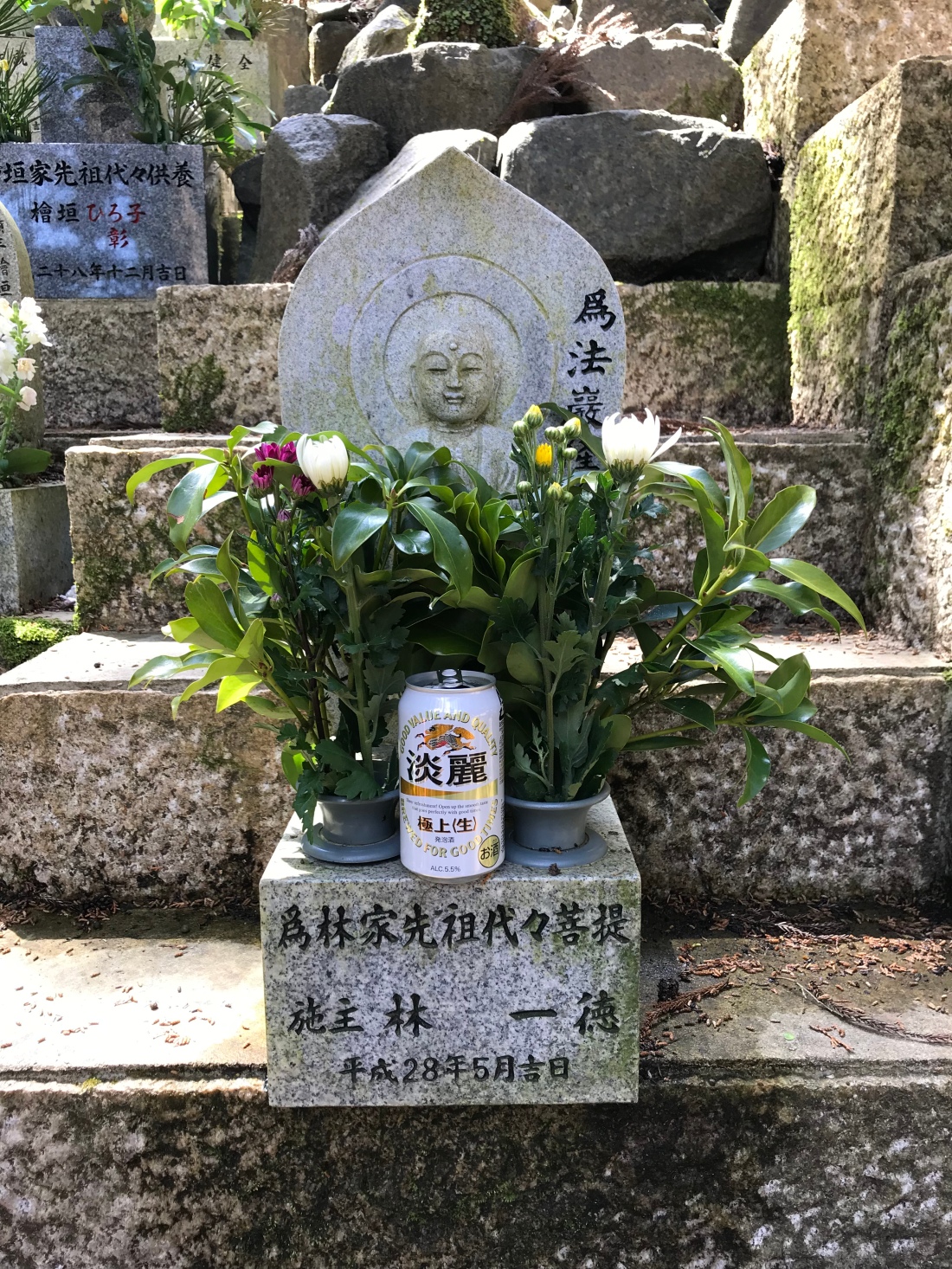 We took the back way to return to the minshuku. As we descended on a portion the path, we came upon a ohenro ascending. He was moving and wanted to get to Temple 45. Later, at dinner, we discovered that he is staying at our minshuku. He is 80 and is oldest walking ohenro that we have met! Aoyama-san and I thought that being 70 was pretty impressive. Maybe life begins at 70 after all. Hum. 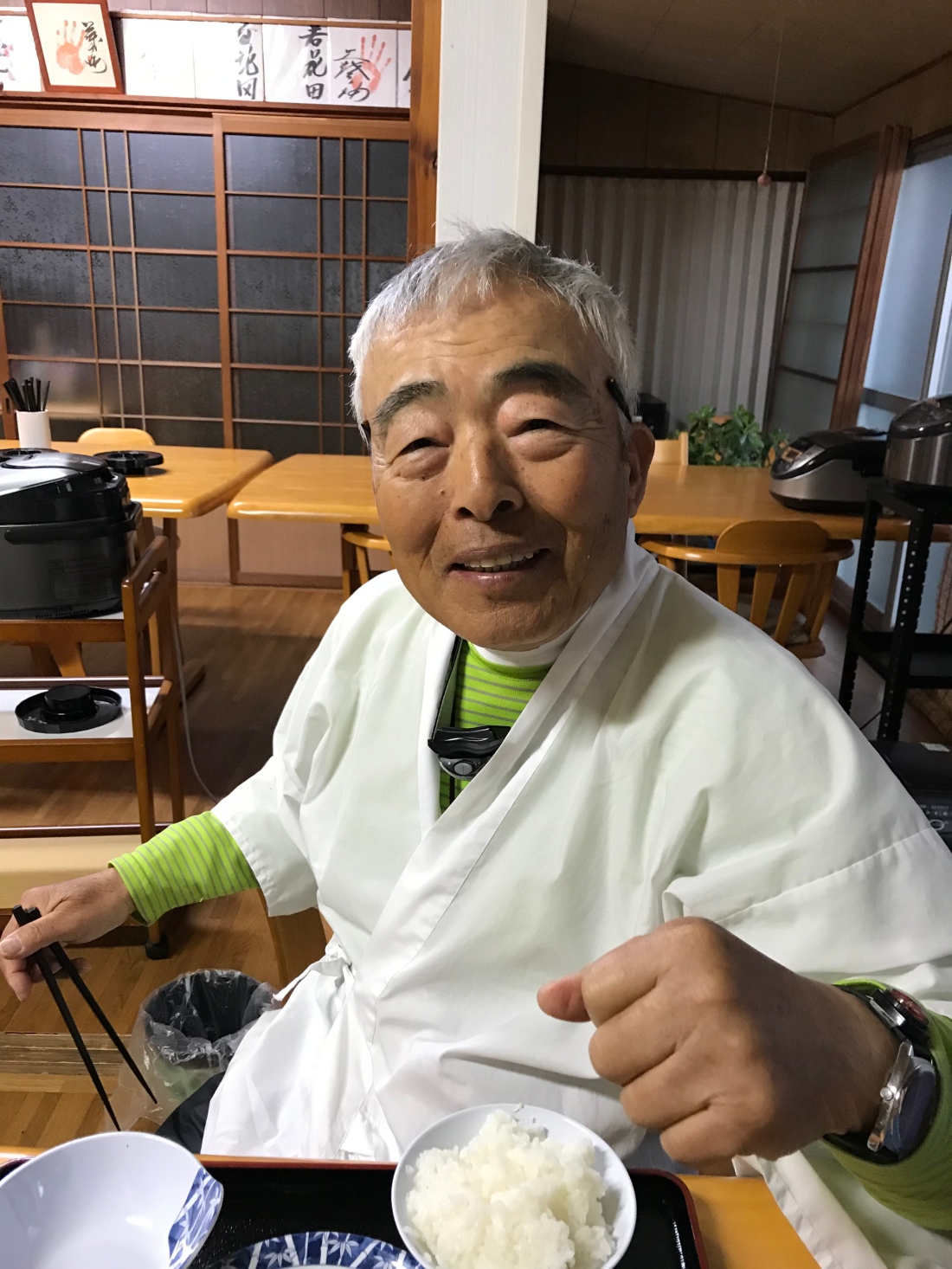