My fellow ohenro must know something that I don’t. Whether veterans or rookies, they took the train five stops up the line to get a jump on walking to Temple 54 and beyond.

The segment between Seapa Resort and Temple 54 must be considered a dead spot. After long stretches between temples in Kochi Prefecture (up to three days), perhaps the need to reach temples on a daily basis becomes acute.

I had resolved to walk to the end meaning back to Temple 1 without any other form of transportation. Time to start walking Route 196 along the northwestern shore of Shikoku.

The coast is beautiful with parks and breakwater barriers from which one can view the Inland Sea and feel the breezes. Shortly after left the hotel, I walked by a restaurant named Betty Crocker’s with its billboard filled with images of pies. Even if I tried, I could not make up a story of a restaurant with this name in Japan.

The copying of American culture was reinforced when I came upon the “Out There” drive in diner. Even the shield with Route 196 replicated our US highway signage. The Japanese road signs are quite different. The hot dog next to the motorcycle was draped in an American flag. 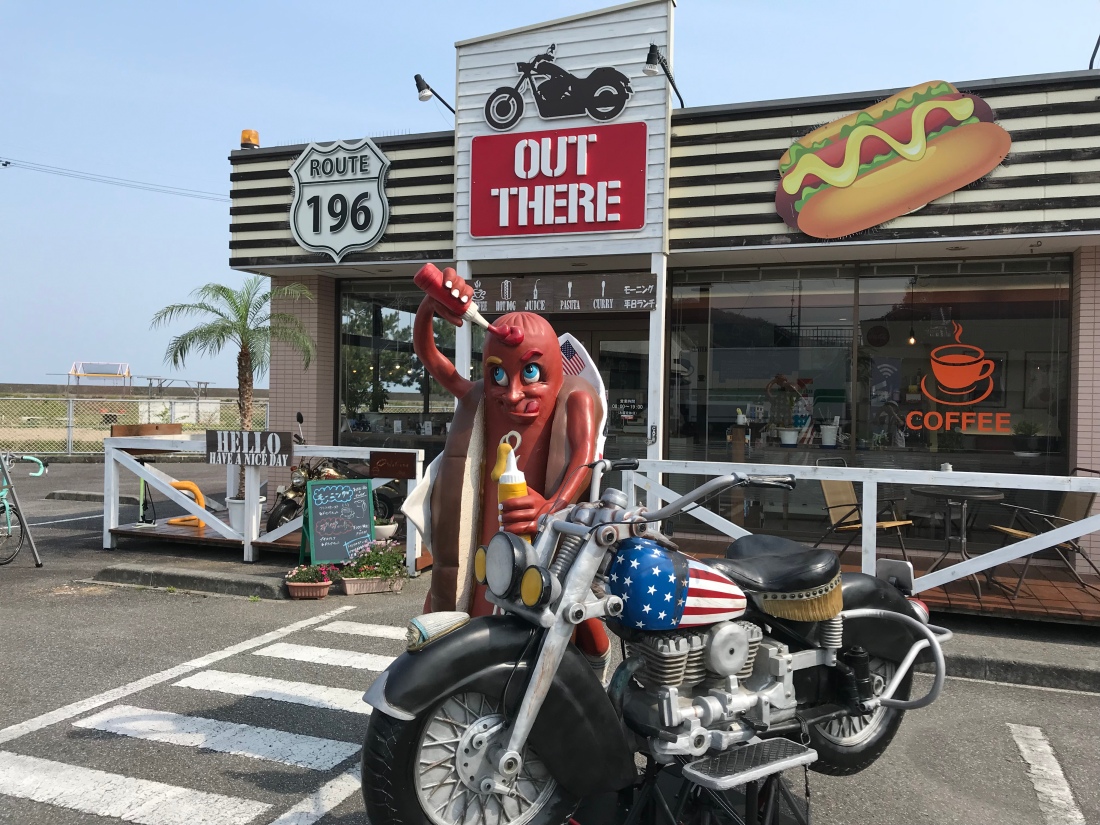 The menu was American with a Japanese touch. You can order a “spicy chili dog.” A very common menu item is the set that includes the main dish along with a range of accompaniments like fries known as “potato” in Japan and coffee. Since it was 10 AM, I settled on coffee (a pot with two cups) and the equivalent of cream puffs. Coffee in Japan is freshly made and is superb. Even in a diner, the food was presented with elegance.

What caught my attention in the restaurant was a wall that an artist had created in 2012. His words resonated with me and captured the essence of Buddhist and ohenro values. Several people during this trip, locals and Japanese/foreign ohenro alike have commented on how much they like Americans and our culture. Then, they add that they don’t like our government and how it is currently represented. The conversation at that point goes into silence. America first? It is sad to hear how America is currently perceived — so diametrically opposed to writings on that wall.

After 14 miles of walking, I reached my minshuku. I am the only guest for the evening. However, the establishment has a very busy restaurant known as Auberge. About 25 guests probably from one large family were enjoying dinner. Courses came one at a time. Below is the lunch menu, French style.

I had my dinner in a private room. After all of the days having dinner with Ayoyama-san and other ohenro, I had to readjust. At least, I didn’t talk to myself. I wrote a draft of this blog. The food and drink (the local sake) were totemo oishi (really tasty). Maybe a dead spot on the ohenro trail but Masu-ya is a very pleasant place to rest. 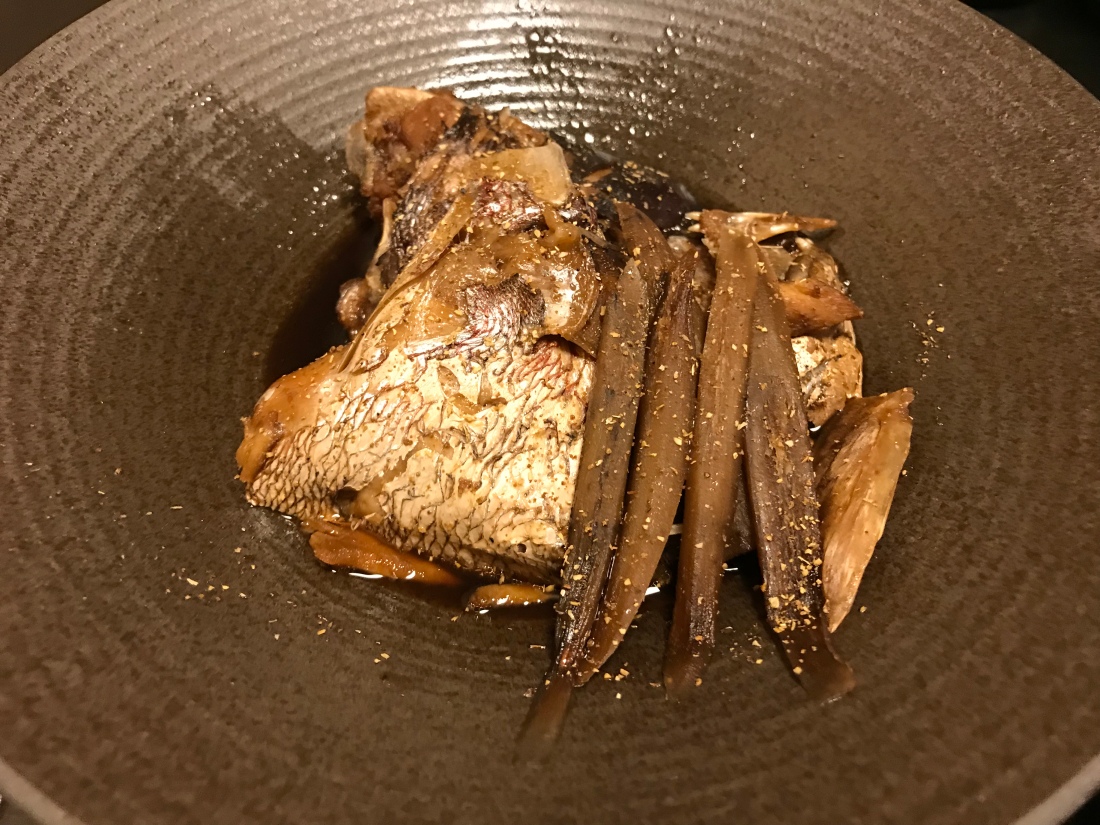 Tomorrow is a big day, 18 miles or so, and five temples. Early bedtime and an early start.