Most pilgrims seem to agree that one has to return to the temple where one’s ohenro began in order to complete the circle of the walk. I agree because in my book of signed pages, there is a page that is reserved for the seals, signature, and date of completion.

After leaving the onsen lodging after Temple 88, I relaxed as I walked to Sanuki-Shirotori, a town that shorten the distance back to Temple 1 by a third. The final day would be long (about 18 miles) but relatively easy, I thought.

Kukai had something else in mind. I still had a 1000 foot mountain to scale before descending into the valley where the first temples were located. The climb up was long but after so many miles, the walk seemed routine.

I reached Temple 3 by 1 PM and sat looking at the surroundings. I was here on 7 March. It was hard to believe that I had experienced 88 temples. I took out my signature book to verify whether all the pages were signed. Indeed they were.

At Temple 2, I walked back to the giant tree that stands in a place of honor in the courtyard before the staircase to the hondo. It rained on 7 March so I didn’t spend much time taking in the scene. This time I gazed up the tree, looked at its enormous truck and gnarly bark. I pulled on its ceremonial cincture. Legend has it that one will have an easy childbirth. I settled on good health.

Finally, Temple 1, Ryozenji. I put my staff, man bag, and backpack down on a bench as I had done many times before. I put on my wagesa, and took out the small doll that the woman from Matsuyama had given me to carry from temple to temple (see day 33).

I walked to the hondo, expressed my gratefulness for my good fortune, and then held the doll up for the photo below. I had done my osettai for the kind lady from Matsuyama. The doll will travel home with me. 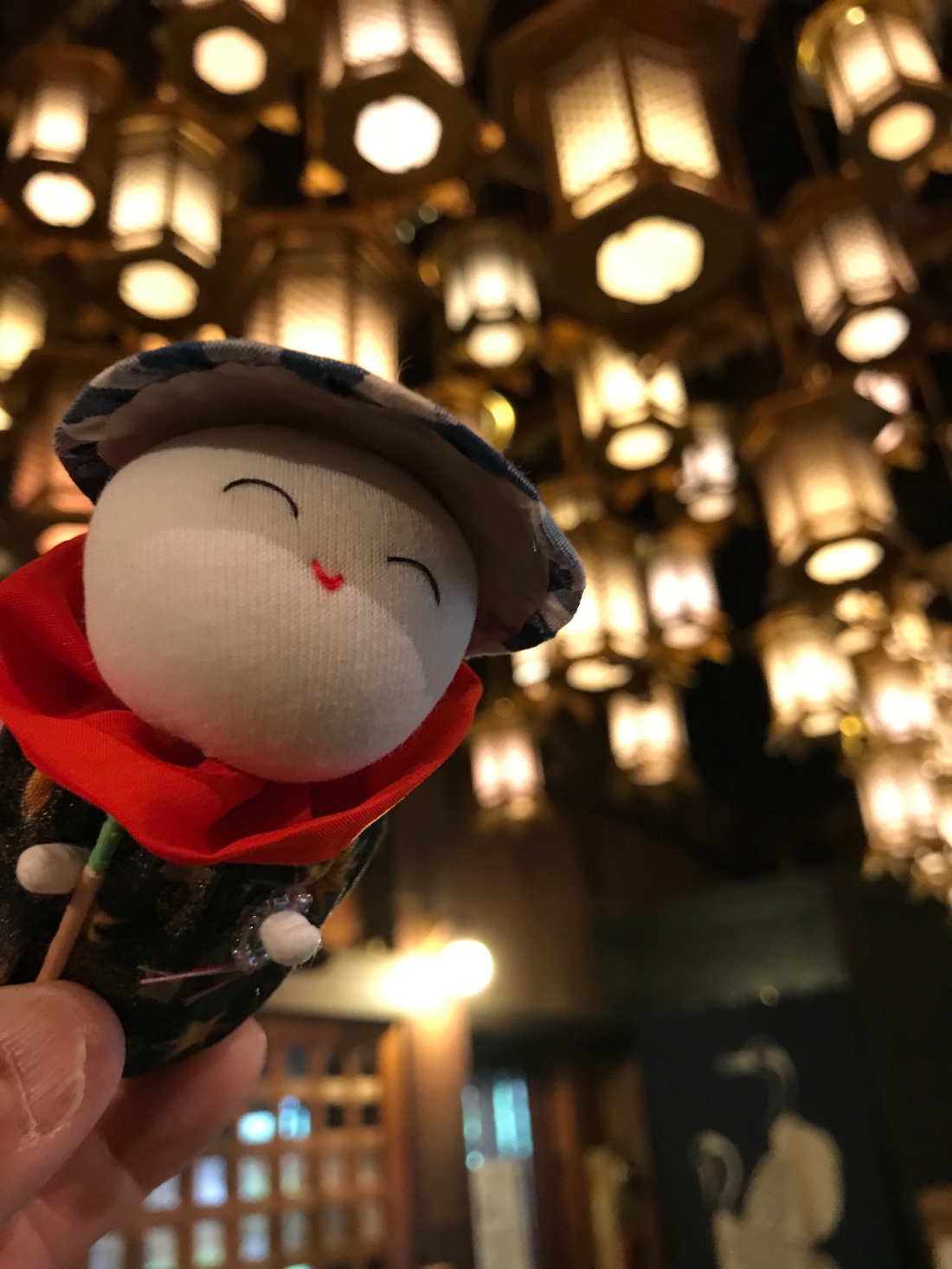 I also took out two five yen coins. One came from the mishuku host from Unomachi (see day 29) who said to offer it at a temple with a wish. Aoyama-san said to toss it into the collection box at the hondo of Temple 1.

The other was saved somewhere shortly after Unomachi. I stated my wishes: one for continued good health for friends and family, and other that Aoyama-san complete his ohenro as he intended to do this fall. 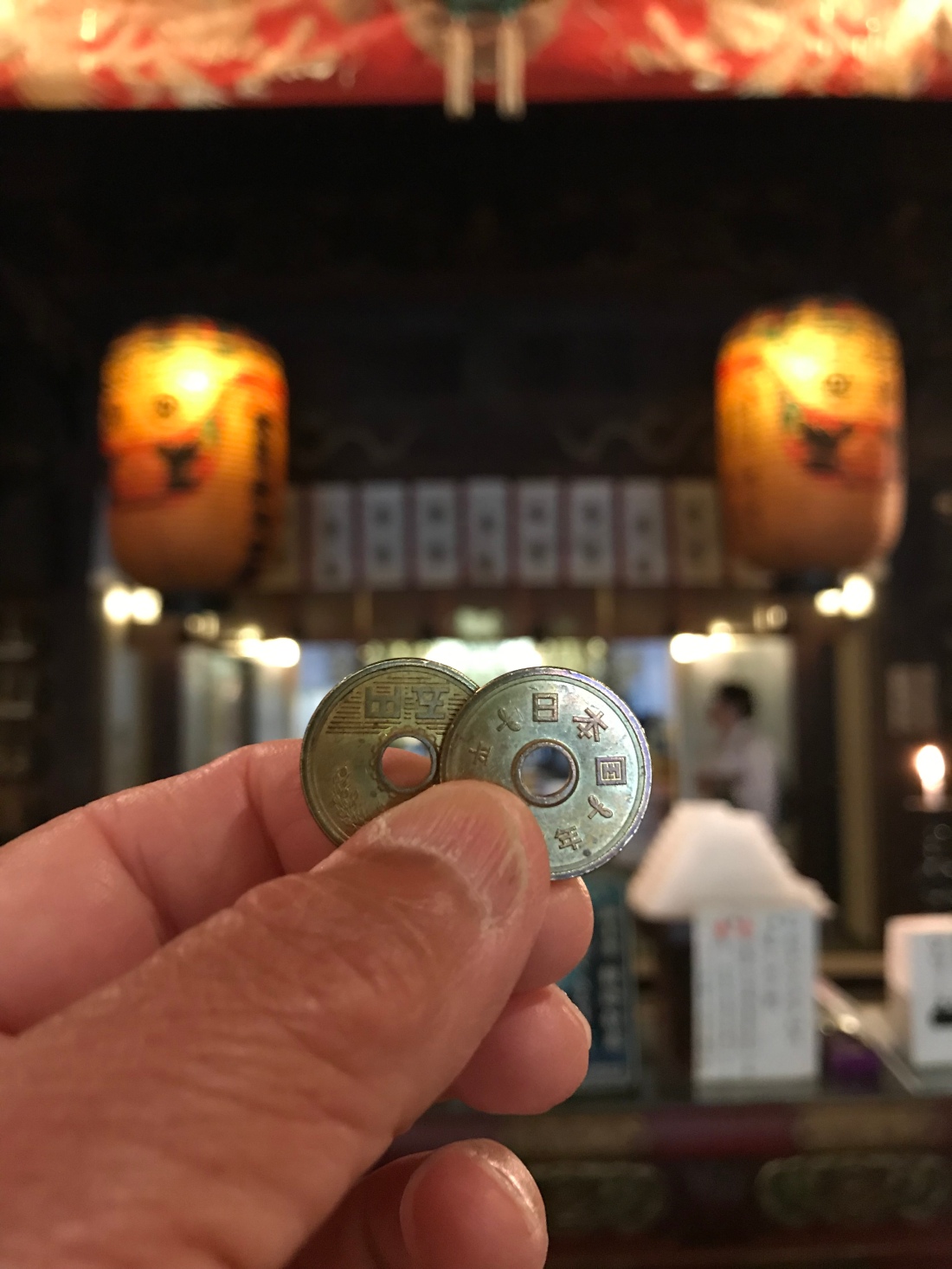 Afterwards, I had my book signed. The gentleman congratulated me and gave a string of wooden beads as a remembrance. It will be a complement to the one I wore throughout the walk.

This final day, I traveled alone though I thought of Ichigo, Ichie – one lifetime, one moment. Perhaps that is what Kukai had in mind for my last day. 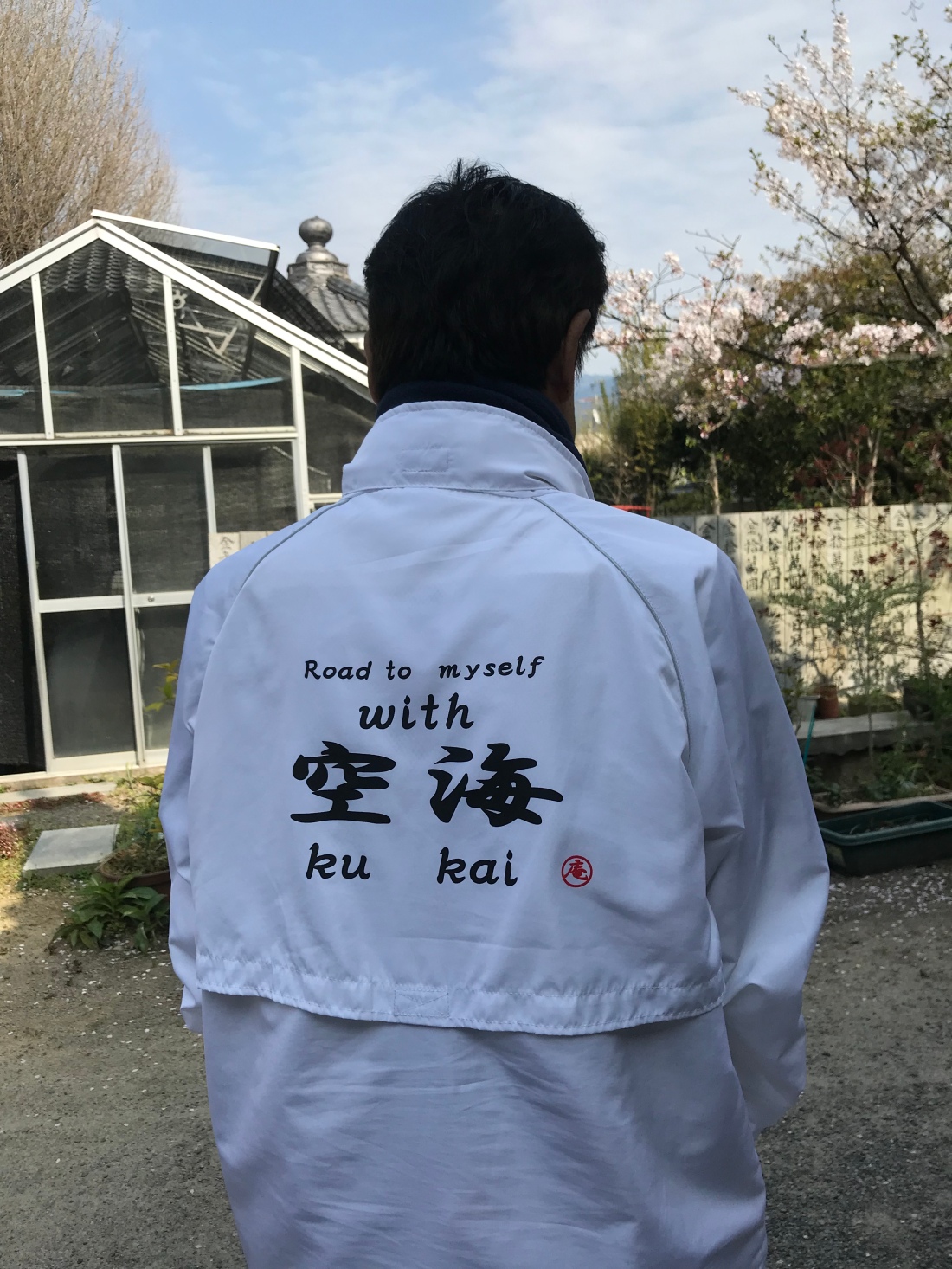